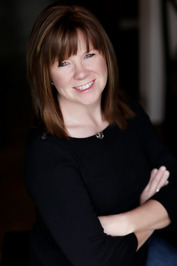 Oh my Gosh..... I have been so bad about my poor little blog! Here's what has been going on! Tyson's War released... Drew's Last Hope released.... I attended Wild Wicked Weekend as a signing author - absolutely had the best time in the world! wowowwowow! I need to go on but I have to get some other stuff done, but I'll be back I promise!
View more on Amy Gregory's website »
Like  •  0 comments  •  flag

“Judging by how much time you spend staring at my legs, you know I’m all woman my friend.”
― Amy Gregory, Mike's Way Back
0 likes
Like

“However, just for future reference…if you’re buying people off, I’m an oatmeal cookie kind of guy myself. Add chocolate chips, and I’d do anything you asked.”
― Amy Gregory, Mike's Way Back
0 likes
Like

“Andrew raised an eyebrow in appreciation. “Damn…what is it with this town?”
― Amy Gregory, Mike's Way Back
0 likes
Like

Keri Ford
author of
Through T...

James Patterson
author of
Along Cam...

Mandy Baggot
author of
One Last ...

I'm so excited that Jesse's Soul has made such a splash! I just love that guy, soft-hearted, easy-going and totally alpha when it comes to taking care of the one woman that doesn't think she needs taking care of!

Here's the link for my gift novella Brody's Love!! :D Enjoy and thank you for the support and friendship...

Guess what! For those of you who don't follow me on FB or my blog, I have made an announcement this morning and I'm so excited about it!

Coming soon!!! -- From the characters of the Racing to Love series, I've written a short story about Brody and Erin. It will go up on Amazon -FOR FREE! toward the end of November!! Thank you all for your support and friendship, I hope you enjoy it!
Hugs,
A

I just wanted to take a second and thank everyone that signed up for my giveaway of RTL - Carter's Treasure during the month of September! I have sent the lucky winner their book, and I appreciate all the support!

I have two things to let you know about...

Wanted to make sure you all knew about my Q&A group going...You're all welcome to join! :)

I'll apologize now as sometimes I get a bit um...ornery & sassy...

Hey Amy!
Thanks for the friending:)

Hi everyone!! :)
Racing to Love - Carter's Treasure is up and both copies have been linked together at Amazon....check it out and have a great weekend <3
http://amzn.to/Mbx6I9

Thanks much for the invite.

Thanks for the friends request, Amy. :)

Thank you for the friend request! Hope you have an amazing weekend!

Savannah wrote: "Amy, thank you for the friendship.
"

Thank you too my dear! :) Can't wait to read your books!

Amy, thank you for the friendship.

Thank you for the friend request!

Well... June 7th, is getting close! Can't wait for the release day. Major edits are wrapping up. I can't tell you enough how much I love my publisher and editor! Amazing people. I'm so lucky! xxoo <3 Love you Sapphire Star Pub!

Kimberly wrote: "Thank you for the add Amy :)"

Ben wrote: "Thanks for the friend request!
Ben"

Thank you for the add Amy :)

Thanks for the friend request!
Ben

Thanks for the GR friendship, Amy! Happy reading!

Thank you all for adding me a your friend on this site! It's going to be an exciting year, I hope you'll join me for the ride! Much Love & Hugs - A

It's a pleasure to meet you, Amy!