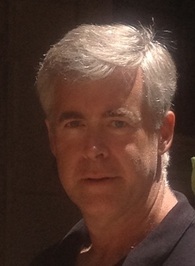 Website
http://www.petercozzens.net/
Genre
History, Biography
Member Since
May 2013
edit data
Peter Cozzens is the award-winning author of seventeen books on the American Civil War and the American West. Cozzens also is a retired Foreign Service Officer, U. S. Department of State.

Cozzens's next book, Tecumseh and the Prophet: The Shawnee Brothers Who Defied a Nation, will be published by Knopf in October 2020.

His The Earth is Weeping: The Epic Story of the Indian Wars for the American West was published by Alfred A. Knopf in October 2016. Amazon selected it as a Best Book of November 2016. Smithsonian Magazine chose it as one of the ten best history books of 2016. It has won multiple awards, including the Gilder-Lehrman Prize for the finest book on military history published worldwide. A Pulitzer Prize-nominee, it also was a London Peter Cozzens is the award-winning author of seventeen books on the American Civil War and the American West. Cozzens also is a retired Foreign Service Officer, U. S. Department of State.

Cozzens's next book, Tecumseh and the Prophet: The Shawnee Brothers Who Defied a Nation, will be published by Knopf in October 2020.

His The Earth is Weeping: The Epic Story of the Indian Wars for the American West was published by Alfred A. Knopf in October 2016. Amazon selected it as a Best Book of November 2016. Smithsonian Magazine chose it as one of the ten best history books of 2016. It has won multiple awards, including the Gilder-Lehrman Prize for the finest book on military history published worldwide. A Pulitzer Prize-nominee, it also was a London Times book of the year and has been translated into several languages.

All of Cozzens' books have been selections of the Book of the Month Club, History Book Club, and/or the Military Book Club.

Cozzens’ This Terrible Sound: The Battle of Chickamauga and The Shipwreck of Their Hopes: The Battles for Chattanooga were both Main Selections of the History Book Club and were chosen by Civil War Magazine as two of the 100 greatest works ever written on the conflict.

The History Book Club called his five-volume Eyewitnesses to the Indian Wars "the definitive resource on the military struggle for the American West."

His Shenandoah 1862: Stonewall Jackson's Valley Campaign was a Choice "Outstanding Academic Title" for 2009.

He was a frequent contributor to the New York Times "Disunion" series, and he has written articles for Smithsonian Magazine, The Wall Street Journal, True West, America's Civil War, Civil War Times Illustrated, and MHQ, among other publications.

Cozzens is a member of the Advisory Council of the Lincoln Prize, the Western Writers Association, the Authors' Guild, and of the Literary Society of Washington DC.

Cozzens and his wife Antonia Feldman reside in Maryland.
...more

“Put yourself in his place and let the white man ask himself this question: What would I do if threatened as the Indian has been and is? Suppose a race superior to mine were to land upon the shores of this great continent, trade or cheat us out of our land foot by foot, gradually encroach upon our domain until we were finally driven, a degraded, demoralized band into a small corner of the continent, where to live at all it was necessary to steal, perhaps to do worse? Suppose that in a spirit of justice, this superior race should recognize the fact that it was in duty bound to place food in our mouths and blankets on our backs, what would we do in the premises? I have seen one who hates an Indian as he does a snake, and thinks there is no good Indian but a dead one, on having the proposition put to him in this way, grind his teeth in rage and exclaim, “I would cut the heart out of everyone I could lay my hand on,” and so he would; and so we all would.”
― Peter Cozzens, The Earth Is Weeping: The Epic Story of the Indian Wars for the American West
2 likes
Like

“I do not wonder, and you will not either, that when Indians see their wives and children starving and their last source of supplies cut off, they go to war. And then we are sent out there to kill them. It is an outrage. All tribes tell the same story. They are surrounded on all sides, the game is destroyed or driven away, they are left to starve, and there remains but one thing for them to do—fight while they can. Our treatment of the Indian is an outrage.”
― Peter Cozzens, The Earth Is Weeping: The Epic Story of the Indian Wars for the American West
2 likes
Like

“Availing himself of the innate Apache love of fighting, he offered full army pay to warriors willing to turn against their own people (he had plenty of takers).”
― Peter Cozzens, The Earth Is Weeping: The Epic Story of the Indian Wars for the American West
1 likes
Like


Recently, the History Book Club conducted a Military Series Poll. The reason that we did this was because we are launching a Military Series of book discussions similar to how we conduct the Presidential Series at the HBC.

Therefore we are now voting for the first Military Series selection from books which were all nominated by group members. Killer Angels was already completed by the group so that book was not added to the list for voting purposes. Just as an FYI: this poll took me forever to put together because there were so many group member suggestions and recommendations. We wanted to make sure that we included "all of them". That is why this poll is so long.

So take your time and make sure to vote; because if a book does not get at least one vote; it will be relegated to the bottom of the list. The book which garners the most votes and comes out on top will be discussed beginning in February 2012. Bryan Craig will be the Assisting Moderator leading this book discussion.

Choose and vote for one book. Vote as soon as possible because the first book will be launched in February. Don't lose out.

If you do not see your favorite book about the American Civil War on this list; then just comment or pop me a note and I will immediately add it to this poll.

You can always change your vote at any time; so nothing is lost. There are some books which have been nominated by the same author; however, skip over those if the particular author does not suit you and vote for your favorite or for one you or others might want to read.

Before making your selection, please try to look up your choice and make sure it really is a book you are interested in or you think others would be; do not be lured in by the title. Also, check out the author and what others have said about the book before you (reviewers who you trust). Then of course, make your selection.

And if you do not see your favorite, just contact me and I will add it to the poll.

Team of Rivals: The Political Genius of Abraham Lincoln
23 votes, 13.6%

A World on Fire: Britain's Crucial Role in the American Civil War
10 votes, 5.9%

Jeff Shaara - This book was just recommended by a group member. It is the third book in a trilogy which began with the bestseller Killer Angels. In the same vein, this is an historical novel/fiction account - not non fiction but if anything like Killer Angels -- impeccably done.

The Gettysburg Gospel: The Lincoln Speech That Nobody Knows
4 votes, 2.4%

Gore Vidal - This is an historical fiction selection

Mrs. Lincoln and Mrs. Keckly: The Remarkable Story of the Friendship Between a First Lady and a Former Slave
3 votes, 1.8%

War Like the Thunderbolt: The Battle and Burning of Atlanta
3 votes, 1.8%

Receding Tide: Vicksburg and Gettysburg: The Battles That Changed the Civil War
3 votes, 1.8%

Martin Dugard
- This is not related to the Civil War but to the time earlier in history when they fought together as brothers in the Mexican War.

Fields of Honor: Pivotal Battles of the Civil War
2 votes, 1.2%

Gordon C. Rhea - This book was just recommended by a group member.

by Michael B. Ballard

Vicksburg: The Campaign That Opened the Mississippi
1 vote, 0.6%

A Scythe of Fire: A Civil War Story of the Eighth Georgia Infantry Regiment
0 votes, 0.0%

by Rod Gragg - This is another latecomer nominated by a group member.

“Here’s to books, the cheapest vacation you can buy.”
― Charlaine Harris
tags: books-vacation
8461 likes
Like

“I am glad I will not be young in a future without wilderness.”
― Aldo Leopold
tags: environment, nature, wilderness
1348 likes
Like