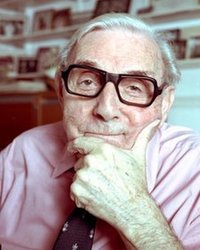 · 303 ratings · 39 reviews · 11 distinct works • Similar authors
More books by Eric Sykes…
Quotes by Eric Sykes  (?)
Quotes are added by the Goodreads community and are not verified by Goodreads. (Learn more)
“I asked my publisher what would happen if he sold all the copies of my book he'd printed. He said "I'll just print another ten.”
― Eric Sykes
tags: humour, literature
8 likes
Like

“Honest Fred, the punter's friend, was offering ten thousand to one against it being the end of the world by dawn, and such was the gullibility of people that he was doing a roaring trade. I mean, couldn't they see that if the world did end, Honest Fred wouldn't be there to pay out, and even worse, they wouldn't be there to collect. However, ten thousand to one isn't a bad bet so I had a fiver just in case.”
― Eric Sykes, Sykes of Sebastopol Terrace
0 likes
Like