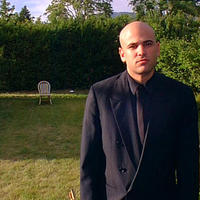 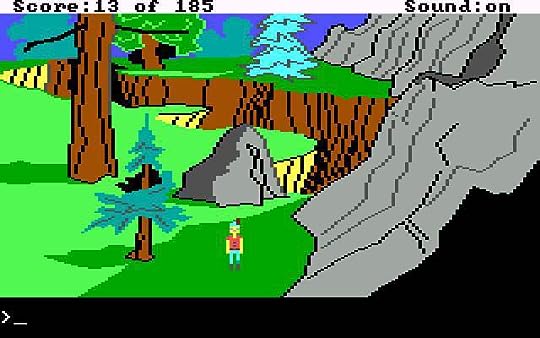 No other game has had such an impact upon my childhood development and made such an impression on the person who I am today than the original King’s Quest. It’s also possible that it’s the most influential piece of media that I have ever experienced in my lifetime, but that would be a difficult fact to determine.

The year was 1984 and I was six years old. I was over my friend Evan’s house, who

The Mustache Growing Competition (Literature & Fiction)
1 chapters   —   updated May 13, 2015 06:38PM
Description: Burt Reynolds is auctioning off his mustache and hundreds of other items from his film career. To celebrate this monumental event, I’m posting a chapter that was cut from my newest novel, [book: Dodgeball High]. It concerns a mustache growing competition between The Bandit himself and Justin Lucas, who is the book’s protagonist.

“Sometimes the good guy rips out innocent people's throats. That's just something the world need to live with if it wants the good guy to keep saving the day.”
― Bradley Sands, Rico Slade Will F*cking Kill You
tags: good-guys, heroes
10 likes
Like

“That's just how time travel looks like to the untrained eye. The reason why there aren't more travelers is that your average physicist refuses to be eaten by a giraffe in the name of science.”
― Bradley Sands, It Came from Below the Belt
tags: giraffe, science, time-travel
4 likes
Like

“I will fucking kill you and anyone else who gets in the way of me and my tunes.”
― Bradley Sands, Rico Slade Will F*cking Kill You
tags: music
4 likes
Like

“When people dis fantasy—mainstream readers and SF readers alike—they are almost always talking about one sub-genre of fantastic literature. They are talking about Tolkien, and Tolkien's innumerable heirs. Call it 'epic', or 'high', or 'genre' fantasy, this is what fantasy has come to mean. Which is misleading as well as unfortunate.

Tolkien is the wen on the arse of fantasy literature. His oeuvre is massive and contagious—you can't ignore it, so don't even try. The best you can do is consciously try to lance the boil. And there's a lot to dislike—his cod-Wagnerian pomposity, his boys-own-adventure glorying in war, his small-minded and reactionary love for hierarchical status-quos, his belief in absolute morality that blurs moral and political complexity. Tolkien's clichés—elves 'n' dwarfs 'n' magic rings—have spread like viruses. He wrote that the function of fantasy was 'consolation', thereby making it an article of policy that a fantasy writer should mollycoddle the reader.

That is a revolting idea, and one, thankfully, that plenty of fantasists have ignored. From the Surrealists through the pulps—via Mervyn Peake and Mikhael Bulgakov and Stefan Grabiński and Bruno Schulz and Michael Moorcock and M. John Harrison and I could go on—the best writers have used the fantastic aesthetic precisely to challenge, to alienate, to subvert and undermine expectations.

Of course I'm not saying that any fan of Tolkien is no friend of mine—that would cut my social circle considerably. Nor would I claim that it's impossible to write a good fantasy book with elves and dwarfs in it—Michael Swanwick's superb Iron Dragon's Daughter gives the lie to that. But given that the pleasure of fantasy is supposed to be in its limitless creativity, why not try to come up with some different themes, as well as unconventional monsters? Why not use fantasy to challenge social and aesthetic lies?

Thankfully, the alternative tradition of fantasy has never died. And it's getting stronger. Chris Wooding, Michael Swanwick, Mary Gentle, Paul di Filippo, Jeff VanderMeer, and many others, are all producing works based on fantasy's radicalism. Where traditional fantasy has been rural and bucolic, this is often urban, and frequently brutal. Characters are more than cardboard cutouts, and they're not defined by race or sex. Things are gritty and tricky, just as in real life. This is fantasy not as comfort-food, but as challenge.

The critic Gabe Chouinard has said that we're entering a new period, a renaissance in the creative radicalism of fantasy that hasn't been seen since the New Wave of the sixties and seventies, and in echo of which he has christened the Next Wave. I don't know if he's right, but I'm excited. This is a radical literature. It's the literature we most deserve.”
― China Miéville

Derek wrote: "Thank you for the add, Mr. Sands! I highly look forward to reading your body of work."

You're welcome, Derek. Nice to meet you.

Thank you for the add, Mr. Sands! I highly look forward to reading your body of work.

Lea wrote: "Do my eyes deceive me? Is Bradley Sands finally back? Thank god -- Rico Slade is cool and all, but I'd rather hang out with you."

Yes, I have regained control of my profile with the assistance of explosives.

Do my eyes deceive me? Is Bradley Sands finally back? Thank god -- Rico Slade is cool and all, but I'd rather hang out with you. 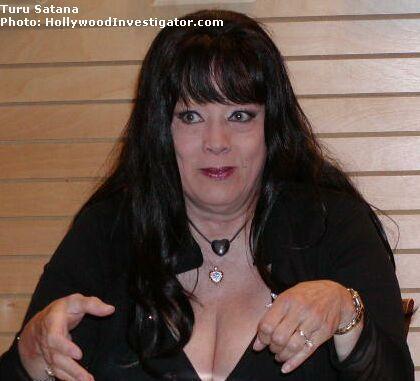 Hey, I'm a huge Dean Koontz fan and your book is being given away for free. If I win, it'll be cool to tear the pages from your books for use as bookmarks for his next bajillion Brother Odd novels. It's an honor really.

Thank you for adding me and a Belated Happy new Year to ya ......Peace

well if you have any florky stories, pls tell me! I haven't been on there long...it's definitely an awkward site, it's kind of charming in its primitive backwardness, but I'm hardly a long-timer there..
cheers,
j.

Thank you for the friend invitation. I dug the "It Came From Below the Belt" excerpt. It's on my to-read list.

The question is.. are YOU watching the Karate Kid Part III?

I want to apologize for the all the recommendations from me today. I wanted to share the Stoker Award news, and I only pressed the send button once--I'm not sure what happened.