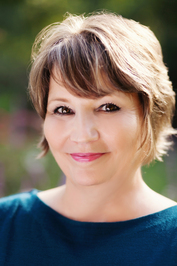 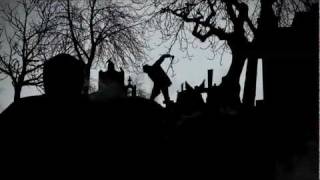 Born
Bradford, Arkansas, The United States
Website
http://www.amandastevens.com/
Twitter
AmandaStevensTX
Genre
Mystery & Thrillers, Romance, Young Adult
Member Since
October 2010
edit data
Amanda Stevens is the award-winning author of over fifty novels, including the modern gothic series, The Graveyard Queen. Her books have been described as eerie and atmospheric, “a new take on the classic ghost story.” Born and raised in the rural south, she now resides in Houston, Texas, where she enjoys binge-watching, bike riding and the occasional Horror Night with friends.

amandastevensbooks@gmail.com Amanda Stevens is the award-winning author of over fifty novels, including the modern gothic series, The Graveyard Queen. Her books have been described as eerie and atmospheric, “a new take on the classic ghost story.” Born and raised in the rural south, she now resides in Houston, Texas, where she enjoys binge-watching, bike riding and the occasional Horror Night with friends.

Without A Trace, Book One of my new Echo Lake series is now available for pre-order!

On the night of a blood moon, three girls entered the Ruins, the dilapidated remains of an old psychiatric hospital. One girl was found unconscious the next morning at the edge of Echo Lake. A second girl was discovered weeks later wandering along a country road in a near catatonic state. The third girl was never

Amanda Stevens is currently reading
In the Land of Long Fingernails: A Gravedigger in the Age of Aquarius
by Charles Wilkins
bookshelves: currently-reading, research, completely-awesome

More of Amanda's books…
Quotes by Amanda Stevens
“There are a lot of things in this world to be afraid of, but a dead body isn't one of them.”
― Amanda Stevens, The Restorer
31 likes
Like

“There was something so primal and hungry about the way he stared down at her..the way their bodies unconsciously strained toward one another as if nothing - not even time, not distance, not even death- could ever keep them apart.”
― Amanda Stevens, The Restorer
25 likes
Like

Who would you like to see as our May Author of the Month?!

“Whenever I’m asked why Southern writers particularly have a penchant for writing about freaks, I say it is because we are still able to recognize one.”
― Flannery O'Connor
tags: southern-writers
364 likes
Like

“Give them pleasure. The same pleasure they have when they wake up from a nightmare.”
― Alfred Hitchcock
tags: film, movies, nightmare, pleasure
319 likes
Like

Jane Langton
author of
The Fledg...

Amanda, you are one of my favourite new authorsesses; the kind that excite me from page to page and have me wishing the star feedback system went to ten. It would give a better deliniation of books that leave me soaring, versus authors that earned five stars in the meagre system we have. I'm watching for a used copy of "The Prophet" at Amazon.ca and found two of your solo stories locally! If you would like to peek at my reviews from time to time, you will surely find your name here. :)
With fondness, Carolyn in Manitoba. http://cmriedel.wordpress.com/reviews...

A belated thanks for choosing me to be among your friends, Amanda. It may interest you that one of my books: Marvin Clark—In Search of Freedom is now a matching FREE download on Amazon Kindle. Enjoy it while you can. (A little review on Amazon wouldn't hurt either!)
http://www.amazon.com/Marvin-Clark-Se...

Thank you so much for accepting my FR!:) I love your Graveyard Queen series. I heard a rumour that you might write more? :D

Savannah wrote: "Amanda, thank you for the friendship."

My pleasure! Thank you!

Sangria3 wrote: "Thanks for your friendship, Amanda!
I'm excited to read your book! :)"
Yay! I'm so glad!

Amanda, thank you for the friendship.

Now I'm inspired to get back to work! :)

your welcome....glad i made your day! you made mine as well!=)

Thanks for the friending!

Hi Amanda! Thanks for accepting my request!

Hi Amanda,
Thanks for befriending this fellow author on Goodreads!

Thanks for befriending me, Simon!