,
Discover new books on Goodreads
See if your friends have read any of Gary B. Nash's books 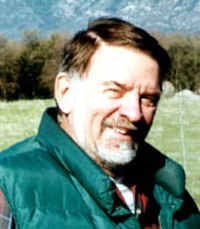 · 1,775 ratings · 179 reviews · 97 distinct works • Similar authors
More books by Gary B. Nash…
Quotes by Gary B. Nash  (?)
Quotes are added by the Goodreads community and are not verified by Goodreads. (Learn more)
“In this book the reader will find, I hope, an antidote for historical amnesia. To this day, the public remembers the Revolution mostly in its enshrined, mythic form. This is peculiar in a democratic society because the sacralized story of the founding fathers, the men of marble, mostly concerns the uppermost slice of American revolutionary society. That is what has lodged in our minds, and this is the fable that millions of people in other countries know about the American Revolution. I ask readers to expand their conception of revolutionary American society and to consider the multiple agendas—the stuff of ideas, dreams, and aspirations—that sprang from its highly diverse and fragmented character. It is not hard today to understand that American people in all their diversity entertain a variety of ideas about what they want their nation to be and what sort of America they want for their children. Much the same was true two centuries ago. But from a distance of more than two centuries we don’t think about our nation’s birth that way. It is more comforting to think about united colonists rising up as a unified body to get the British lion’s paw off the backs of their necks. That is a noble and inspiring David and Goliath story, but it is not what actually happened. It is assuredly not the story of radical democracy’s work during the Revolution. This book presents a people’s revolution, an upheaval among the most heterogeneous people to be found anywhere along the Atlantic littoral in the eighteenth century. The book’s thrust is to complicate the well-established core narrative by putting before the reader bold figures, ideas, and movements, highlighting the true radicalism of the American Revolution that was indispensable to the origins, conduct, character, and outcome of the world-shaking event.”
― Gary B. Nash, The Unknown American Revolution: The Unruly Birth of Democracy and the Struggle to Create America
0 likes
Like

Is this you? Let us know. If not, help out and invite Gary to Goodreads.