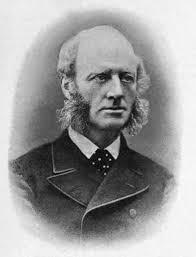 Born
in London, England, The United Kingdom
December 18, 1854
Died
December 29, 1931
Genre
History, Biography
edit data
Stanley Lane-Poole was a British orientalist and archaeologist.
Poole was from a famous orientalist family as his paternal grandmother Sophia Lane Poole, uncle Reginald Stuart Poole and great-uncle Edward William Lane were famous for their work in this field.
His other great-uncle was Richard James Lane, a distinguished Victorian lithographer and engraver.
He worked for the British Museum from 1874 to 1892.

“There is no greater mistake than to imagine that the Arabs, who spread with such astonishing rapidity over half the civilized world, were in any real sense a united people. So far was this from being the truth, that it demanded all Mohammed's diplomatic skill, and all his marvellous personal prestige, to keep up a semblance of unity even while he was alive. The Arabs were made up of a number of hostile tribes or clans, many of whom had been engaged in deadly blood-feuds for several generations, and all of whom were moved by a spirit of tribal jealousy which was never entirely extinguished. Had the newly-founded Mohammedan State been restrained within the borders of Arabia, there can be no doubt that it would speedily have collapsed in the rivalry of the several clans;”
― Stanley Lane-Poole, The Moors in Spain
4 likes
Like

“The island of Lesbos has given many gifts to the world—Lesbian wine and Lesbian verse, the seven-stringed lyre, and the poems of Sappho; but of all its products the latest was assuredly the most questionable, for the last great Lesbians were the brothers Barbarossa.”
― Stanley Lane-Poole, The Story of the Barbary Corsairs
4 likes
Like