Discover new books on Goodreads
See if your friends have read any of P.T. McHugh's books 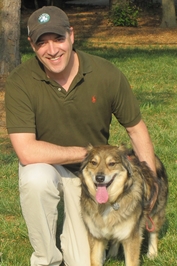 Keeper of The Black Stones

Teen Horror Books — 252 members — last activity Oct 30, 2019 08:20AM
This group is for those who enjoy writing and reading horror fiction for young adults.

Amy Plum
author of
Die for Me

Just finished reading another David McCullough novel (John Adams) which was even better than 1776 (which is saying a lot). While plowing through the final edits of Rebel I came across a passage that i thought all editors and authors would appreciate.

Imagine how Thomas Jefferson felt when his words concerning the Declaration of Independence where being removed / changed and distorted. At one point while congress was in session, Benjamin Franklin, sensing that young Jefferson was not at all happy with the changes, leaned over and told Jefferson a story. Franklin had once known a hatter who wished to create a sign that read 'JOHN THOMPSON, HATTER, MAKES AND SELLS HATS FOR READY MONEY', this was to be followed by a picture of a hat. But the man made the mistake of asking peoples opinions, with the result that one word after another was removed as superfluous or redundant, until at last the sign simply read 'THOMPSON' with a picture of a hat.

So all of you authors out there, the next time you become upset over your editor's changes, just think how Jefferson felt...and move on.

I've been under ground for two years or at least that's my excuse for not tending my Goodreads page. Long story short, A Rebel's Stone is set to FINALLY release this fall (cannot wait). For anyone who follows me (my mom for one) I'll be sending out some sneak peaks for the upcoming book. I promise if you like Keeper you will love Rebel. Thank you everyone for sticking with me!

Wonderful review, well thought out, it made my day. Thank you Laura Fabiani for the kind words! http://t.co/VUr01uHK

We just hit Amazon's best seller list for YA Historical Fiction! Thank you Glass House Press and thank you to everyone who preorder Keepers!

Just got word that amazon is now showing both the prologue as well as chapter one and a few extras. Just go to amazon and look up Keeper of the Black Stones.

I've been counting the days for Jim Butcher's latest Dresden novel. Only ten more days to go. I wouldn't recommend these books to kids (under 14) but then again, I'm amazed at the content some of the "YA" novels are pushing today so with that in mind, they might be OKAY. Just make sure you read them first before handing them off to your kids. It's Harry Potter for adults basically. A PI in Chicago who happens to be a wizard. I wish I thought of it.