Discover new books on Goodreads
See if your friends have read any of A.J. Kazinski's books 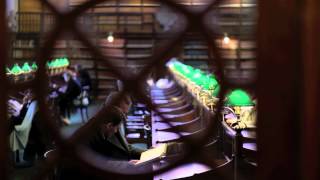 A.j. hasn't connected with their friends on Goodreads, yet.

“I think about something I once heard on the radio. About Abraham and Isaac."
"I was afraid you'd say something like that."
"You asked."
"So what about them? I don't really know much about that kind of stuff."
"There was a pastor on the radio who said nobody should ever preach that story. Do you remember how it goes? God tells Abraham that he has to sacrifice his son to prove his faith."
"I agree with the pastor. It sounds like a sick story. Ban that shit."
"But isn't that exactly what we do? Send young men off to a war in the desert and ask them to sacrifice themselves for a belief?”
― A.J. Kazinski, The Last Good Man
tags: pacifism, war
7 likes
Like

“Right now there's a commonly-held view among scientists that we know about only four percent of all the matter in the universe. Four percent!"
"So what about the other 96 percent?"
"We astrophysicists call it 'dark matter' and 'dark energy.' Maybe we should just call it ignorance. There's so much that we don't know. It's shocking how little we know. And yet we behave like little gods who think we're in control of everything. Like kids with delusions of grandeur. Isn't that what we've made ourselves into? It's as if we're trying to make ourselves believe that four percent is all there is. That everything else, all that we don't know, doesn't exist. But it does. We know it's there; we just don't understand it.”
― A.J. Kazinski, The Last Good Man
tags: science
5 likes
Like

“The biggest mistake we can make is to think that we've figured the whole thing out. The people I know who are the greatest skeptics, who are least certain about how the world and the universe works, are also the most intelligent.... Absolute certainty is only for stupid people. It requires a certain intelligence for us to realize how little we actually know.”
― A.J. Kazinski, The Last Good Man
5 likes
Like