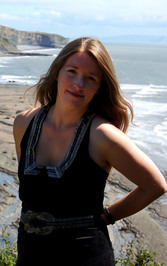 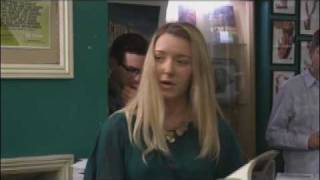 Zoe Brigley Thompson has two poetry collections The Secret (2007) and Conquest (2012), both of which were Poetry Book Society Recommendations. She also edited the volume Feminism, Literature and Rape Narratives (2010).

For her creative writing, she has won an Eric Gregory Award for the best British poets under 30, the English Association's Poetry Fellows' Award, and a Welsh Academy Bursary. She was long listed for the Dylan Thomas Prize for the best international writers under 35, and she was a finalist for the Autumn House Books Poetry Prize. Her poems and articles have been published in Poetry Ireland Review, Poetry Review, PN Review, Platte Valley Review, The Manhattan R "a powerful poetic imagination"
---Keith Richmond in Tribune Magazine

Zoe Brigley Thompson has two poetry collections The Secret (2007) and Conquest (2012), both of which were Poetry Book Society Recommendations. She also edited the volume Feminism, Literature and Rape Narratives (2010).

For her creative writing, she has won an Eric Gregory Award for the best British poets under 30, the English Association's Poetry Fellows' Award, and a Welsh Academy Bursary. She was long listed for the Dylan Thomas Prize for the best international writers under 35, and she was a finalist for the Autumn House Books Poetry Prize. Her poems and articles have been published in Poetry Ireland Review, Poetry Review, PN Review, Platte Valley Review, The Manhattan Review, English Studies, Women's Studies Quarterly, Frontiers: A Journal of Women's Studies, The Manifest Station, Calyx, Mslexia, Maintenant, Agenda, Magma, The New Welsh Review, Poetry Wales, Planet: The Welsh Internationalist, Blossombones, Writing from Below, Southword, Pirene's Fountain, Poetry Salzburg, and The Times Higher Education.

In her academic research, she approaches representations of sexuality and violence in literature, film, and culture. She received a fellowship from the Humanities Research Center, and she is a member of two international, collaborative research projects funded by the Spanish Ministry, "Globalized Cultural Markets" and "Bodies in Transit."

Hi friends, I wanted to flag up that I am very lucky to be able to guest edit the summer issue of Poetry Wales. See details below. Please send up to 4 poems with a 50-word bio via Submittable or post. Open til 28th April 2021.

“For issue 57.1, guest editor Zoe Brigley is open to all submissions, but she is also keen to include the following:
—-work from new and beginning writers who have published o

“How she realized at last that not even love
could justify this, that no affection could, not ever.
Still, in the glass, she sees her own mouth,
opening and closing and silent as a fish.”
― Zoë Brigley (Thompson), Conquest
tags: domestic-violence
5 likes
Like

“Even after she was gone, he passed her place each day:
something white in a high window - not a face,
but the white belly of a pigeon beating its wings
against the pane in the boarded-up house.”
― Zoë Brigley (Thompson), The Secret
tags: ghosts, loss, love
4 likes
Like

“So many women come to me saying, “I have lost too,
and this one, and this one”. So many embryos retreat
to flesh: the live cell of the mother. Don’t tell me that it
will happen for me, when the only sure thing is a miracle:
the sperm nuzzling in its nest and the egg that opens, explodes.”
― Zoë Brigley (Thompson), Conquest
tags: birth, infertility, miscarriage
3 likes
Like

“Coming down off the trail, I am lost in my own thoughts and unprepared when a bear chugs across the path just before it gives out on the gravel road. I am so distracted that I keep walking towards the bear. I only stop when it rears, stands on hind legs, and stares at me, sensitive nose pressed into the air, weak eyes searching. I have never been this close to a wild bear before, but I am not frightened. There is no menace in its stance; it is not even curious. The bear seems to know who or what I am. The bear is not impressed. ”
― Louise Erdrich, The Painted Drum
tags: nature-ecology
19 likes
Like

“I had a feeling that Pandora's box contained the mysteries of woman's sensuality, so different from a man's and for which man's language was so inadequate. The language of sex had yet to be invented. The language of the senses was yet to be explored.”
― Anaïs Nin, Delta of Venus
tags: desire, erotica, sex
225 likes
Like

“He remembers which sister
I like least and asks

how she is doing.
(lines 9-11 of the poem 'Divorce')”
― Carrie Etter, The Tethers
tags: divorce, marriage, poetry, women
8 likes
Like

“...It's not that the worm forgives the plough; it gives it no mind. (Pain occurs, in passing.) (lines 37-39 in the poem 'Fantasia on a Theme from IKEA')”
― Philip Gross, The Water Table
tags: ecology, poetry, wales
4 likes
Like

“He scraped through the dark sand to the center house, two stories, both pouring bands of light into the fog. There was warmth and gaiety within, through the downstairs window he could see young people gathered around a piano, their singing mocking the forces abroad on this cruel night. She was there, proptected by happiness and song and the good. He was separated from her only by a sand yard and a dark fence, by a lighted window and by her protectors.
He stood there until he was trembling with pity and rage. Then he fled, but his flight was slow as the flight in a dream, impeded by the deep sand and the blurring hands of the fog. He fled from the goodness of that home, and his hatred for Laurel throttled his brain. If she had come back to him, he would not be shut out, an outcast in a strange, cold world. ”
― Dorothy B. Hughes, In a Lonely Place
tags: love, masculinity, murder
4 likes
Like

The Feminist Readers' Network — 1018 members — last activity Dec 14, 2019 08:24AM
A space for people interested in and supportive of feminism, feminist literature, and feminist theory.

Jude Brigley
author of
The Poet'...

Dannie Abse
author of
Ash on a ...

Susan Sellers
author of
Vanessa a...

Thanks for adding me, Zoe. I really enjoy keeping up with your own work and what you are raeding.

Thanks for accepting my friend request, Zoe.

I have a giant pile of poetry books in front of me by young (mainly British) poets, which I am reviewing for Agenda. Looking forward to working me way through these!

Thanks so much for adding me as a friend, Zoe. Look forward to getting to know you better through our readings. :)

Must add some of my favourite poetry books to my recommendations too!