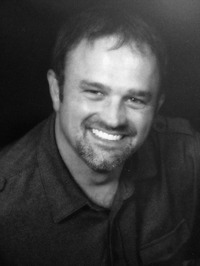 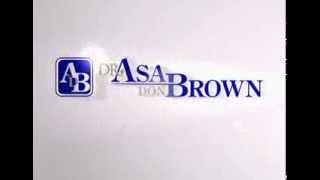 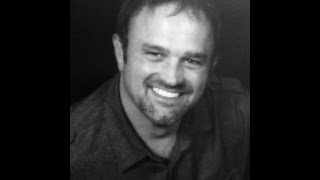 Dr. Asa Don Brown’s books and lectures have transformed the minds of his readers and audiences around the world. Asa has worked in private practice in Canada and the United States. He has taught at the university and college levels. He has served a variety of professional boards including: Washington State Counseling Association, Canadian Counselling and Psychotherapy Association, Brain Technology & Neuroscience Research Centre, BTNRC, The Society for the Arts in Dementia Care, and a variety of others. He has consulted various forms of government; social service agencies; legal practices; educational institutions; medical practices; religious organizations; and others in the field of psychology and psychiatry. He regularly consults and engages businesses and business leaders on topics that directly affect their fields. He has had the privilege of being interviewed and a guest of a variety of television, radio, magazine, and newspaper columns.

Likewise, I am once again revamping this article and it will soon be available through The Sober World Magazine at thesoberworld.com

I sincerely appreciate your time and thoughtful consideration.

“Trauma does not have to occur by abuse alone...”
― Asa Don Brown, The effects of childhood trauma on adult perception and worldview
tags: childhood, psychologist, psychology, ptsd, recovery, research, resiliency, trauma
75 likes
Like

Have you ever been profoundly affected by an author's work? Which of the following authors have impacted your life?

“A man may die, nations may rise and fall, but an idea lives on. Ideas have endurance without death.”
― John F. Kennedy
tags: endurance, ideas, inspirational
262 likes
Like

“Change is the law of life. And those who look only to the past or the present are certain to miss the future.

[Address in the Assembly Hall at the Paulskirche in Frankfurt, June 26 1963]”
― John F. Kennedy
tags: change, future, past
192 likes
Like

“Be who you are and say what you feel, because those who mind don't matter, and those who matter don't mind.”
― Bernard M. Baruch
tags: ataraxy, be-yourself, confidence, fitting-in, individuality, misattributed-dr-seuss, those-who-matter
121609 likes
Like

“Two things are infinite: the universe and human stupidity; and I'm not sure about the universe.”
― Albert Einstein
tags: attributed-no-source, human-nature, humor, infinity, philosophy, science, stupidity, universe
133015 likes
Like

THE Group for Authors! — 11560 members — last activity 5 hours, 40 min ago
This is a group for authors to discuss their craft, as well as publishing and book marketing.

Q&A With Author Jeff Horton — 25 members — last activity Dec 09, 2012 06:50PM
This group was formed to discuss novels Jeff Horton has written, is currently working on, or may work on in the future, and to ask questions!

Mark Victor Hansen
author of
The One M...

Walt Whitman
author of
Leaves of...

Please join me today at 3 PM Eastern when I look forward to being interviewed by Doug Llewelyn http://www.blogtalkradio.com/closeupt...

Hello Asa, I am really happy we have connected.

Thank you for adding me to your friend's list - it was very nice of you. I look forward to reading your book reviews, comments, and recommendations. Keep living the good life! If you want to review any of my books, please let me know :)

Peace and happiness be with you,

hi Asa , thankyou for befriending me.looking forward to chatting about books with you

Hello Dr. Brown, it is a pleasure to meet you. If you ever have any questions about Harlequin or our books, please feel free to ask.

Williams Lake Tribune - Column about parenting a help to families - http://bit.ly/pqJ6z0 via @BlackPressMedia

Developing A Relationship With Your Child’s Teachers And School
http://www.ccpa-accp.ca/blog/?p=672

Hi Asa! It is nice to meet you! I look forward to sharing book reviews and recommendations. I put your top book on my shelf to read when I can.
Have a great day!
ellen

Mary Anita And The Second Liberation In Kenya Consider getting the entertainment full of African passion and flavour, the culture, social life and politics

Namaste Asa, Thanks for including me among your friends on goodreads.com. Wishing you the best in all things.
Want to invite you to consider my spiritual allegory, Song of George: Portrait of an Unlikely Holy Man. It's definitely fiction, but it's sincere and inspired by my own personal experiences.
Truly, jesse s. hanson

Dr. Asa Don Brown will discuss his latest book “Waiting to Live” his doctoral research on The effects of childhood trauma on adult perception and worldview, as well as his professional and personal pursuits. This is a free presentation Thursday March 17 at 7:00 pm at TRU’s The Gathering Place.

Thanks for accepting my friend request, Asa. It's greatly appreciated. I am an actor/singer/songwriter recently turned author who is very fortunate to be getting rave reviews and 5 stars across the board for my first outing, FORBIDDEN STEPS. I guess the best way to introduce myself is through my website:

Thanks again and have a a terrific day, Ed

Hello, Asa! Glad to see you like "Crime & Punishment", it's one of my favorites as well!

Today will be the last day that Shaw Cable will be airing Asa's on Channel 10.

I'm thrilled to announce that Shaw Cable is currently running an interview of Asa, his latest book, his professional work, and his personal and professional backgrounds. The interview will be aired for the next week on Shaw Cable Channel 10 in Williams Lake, British Columbia.