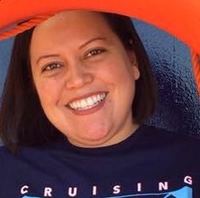 review: Brooklyn's in my Heart

I was so impressed by this novel. I fell in love with the film version first, and I wasn't sure that the book could match it. I know... often the book is better than the movie, but sometimes it's the opposite. Who wouldn't rather watch The Notebook or Bridget Jones' Diary rather than read those books? So, while I was eager to read the book and delve more deeply into Eilis Lacey's story of immigrat

More of Victoria's books…
Quotes by Victoria Kahler  (?)
Quotes are added by the Goodreads community and are not verified by Goodreads. (Learn more)
“Teachers knew every one of the students, their secrets, their grades, their home situations. And all the students knew the teachers. It was like teachers were people who finally were the most popular at school.”
― Victoria Kahler, Their Friend Scarlet
tags: popularity, reliving-high-school, students, teachers, teaching
30 likes
Like

“She felt just like that girl in that book with the letter A on her chest. Only her A signified Alone. She was an outcast, cast out by her own choices, an outsider with a pretty face. Like a rose, she may have been beautiful to look at, but almost everyone only knew the thorny side.”
― Victoria Kahler, Their Friend Scarlet
tags: alone, loneliness, outcast, scarlet-letter
28 likes
Like

“Live in the sunshine, swim the sea, drink the wild air.”
― Ralph Waldo Emerson
3992 likes
Like

“She thoroughly felt the pitch and roll of the ship as it traveled southerly across the ocean. It was a pleasant feeling, an ancient one that every person who had ever loved the sea had felt and cherished--to be rocked to sleep, as if in a mother's arms or in a cradle.”
― Victoria A. Kahler, Seven on the Blue
3 likes
Like

“The morning was on fire as the sun rose, seemingly from the ocean depths. The great, glowing orb came to the surface and set the horizon aflame. Many minutes passed, and it floated fully into the sky to light the day and gently warm the sea below.”
― Victoria A. Kahler, Seven on the Blue
6 likes
Like

“It isn't that life ashore is distasteful to me. But life at sea is better.”
― Francis Drake
21 likes
Like

“She watched the gap between ship and shore grow to a huge gulf. Perhaps this was a little like dying, the departed no longer visible to the others, yet both still existed, only in different worlds.”
― Susan Wiggs, The Charm School
tags: cruise, ocean, sailing, sea, ship, travel
76 likes
Like

Melissa Bank
author of
The Girls...

Margaret Leroy
author of
The Soldi...

Christie Ridgway
author of
Crush on You

Susan Wiggs
author of
The Lost ...

I look forward to seeing what you're reading and what you recommend. :)"

Sans wrote: "Hi Victoria, thank you for the friend request!"

I look forward to seeing what you're reading and what you recommend. :)

Hi Victoria, thank you for the friend request!


Taznim,
Thanks for your encouraging words. Your feedback means a lot to me!

hi Victoria,
i really enjoyed Capturing the Sunset!
looking forward to more of your books...

Thank u for the add:)