,
Discover new books on Goodreads
See if your friends have read any of Moira Young's books 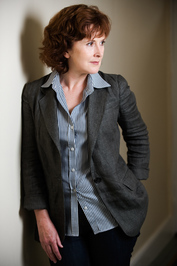 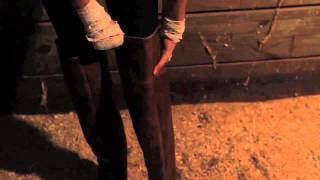 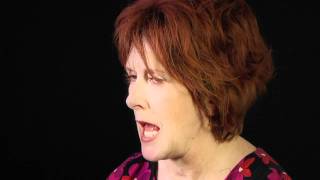 Moira hasn't connected with her friends on Goodreads, yet.

3.89 avg rating — 89,737 ratings
Quotes by Moira Young  (?)
Quotes are added by the Goodreads community and are not verified by Goodreads. (Learn more)
“Yer in my blood, Saba, he says. Yer in my head. Yer in my breath, yer in my bones...gawd help me, yer everywhere. You have bin since the first moment I set eyes on you.”
― Moira Young, Blood Red Road
485 likes
Like

“Ever heard of the rule of three? he shouts as we run.
No!
If you save somebody's life three times, their life belongs to you. You saved my life today, that makes once. Save it twice more an I'm all yers.”
― Moira Young, Blood Red Road
tags: blood-red-road, funny, humor, moira-young, rule
426 likes
Like

“I never knew that missin somebody could hurt, I says. But it does. Deep inside. Like it's in my bones. We ain't never bin apart till now. Never. I dunno how to be without him. It's like... I ain't nuthin.”
― Moira Young, Blood Red Road
tags: missing
219 likes
Like

Help us pick Nothing but Reading Challenges' February 2013 Young Adult Book of the Month from among the books our members nominated. Also, please note that members can now use the Power Votes. For more information check out this post: Banking Voting Power Points: The Rules

Synopsis:
Saba has spent her whole life in Silverlake, a dried-up wasteland ravaged by constant sandstorms. The Wrecker civilization has long been destroyed, leaving only landfills for Saba and her family to scavenge from. That's fine by her, as long as her beloved twin brother Lugh is around. But when four cloaked horsemen capture Lugh, Saba's world is shattered, and she embarks on a quest to get him back.

Suddenly thrown into the lawless, ugly reality of the outside world, Saba discovers she is a fierce fighter, an unbeatable survivor, and a cunning opponent. Teamed up with a handsome daredevil named Jack and a gang of girl revolutionaries called the Free Hawks, Saba’s unrelenting search for Lugh stages a showdown that will change the course of her own civilization.

Blood Red Road has a searing pace, a poetic writing style, and an epic love story—making Moira Young is one of the most exciting new voices in teen fiction.
18 votes 22.8%

Synopsis:
She reads minds.
He controls minds.
Together, they might get out alive.

49% of Americans believe their government officials are honest.

I don't know these officials, or their supporters, but I know their secrets, and 49% of Americans are wrong.

My employers pay me well to be right, to know things others can't. But I don't know why they brought that boy in, strapped to a stretcher, barely conscious. He asked me for help when I could give none.

I'm a wealthy spy, a talented artist, a martial arts black belt, and a prisoner.

They tell me that on my eighteenth birthday, I will be released, free to go to the college of my dreams.

It's my eighteenth birthday, and a man in black is at my door. I know he's not here to free me.

I know, because I can read minds.

My name is Sam, and this is my story.

So begins the tale of Sam and Drake—from the time they link minds, forging a bond that leads to an unconventional romance—to their fight for survival against the corrupt, twisted organization known as 'Rent-A-Kid.' Evolved Publishing brings you "Forbidden Mind" (Book 1 of the Forbidden Trilogy), by award-winning author Kimberly Kinrade.

"...a thrilling, dark and deeply romantic read that had me sitting on the edge of my seat and eagerly awaiting the next installment." ~ Refracted Light Young Adult Book Reviews

As of June 23rd, 2012, Forbidden Mind is now a new and improved extended edition. Twice the content with new twists and turns, the new Forbidden Mind has more of what readers loved in the original, all for the same price!
13 votes 16.5%

Time Between Us by Tamara Ireland Stone

Synopsis:
Anna and Bennett were never supposed to meet: she lives in 1995 Chicago and he lives in 2012 San Francisco. But Bennett has the unique ability to travel through time and space, which brings him into Anna’s life, and with him a new world of adventure and possibility.

As their relationship deepens, the two face the reality that time may knock Bennett back to where he belongs, even as a devastating crisis throws everything they believe into question. Against a ticking clock, Anna and Bennett are forced to ask themselves how far they can push the bounds of fate, what consequences they can bear in order to stay together, and whether their love can stand the test of time.

Fresh, exciting, and deeply romantic, Time Between Us is a stunning, spellbinding debut from an extraordinary new voice in YA fiction.
13 votes 16.5%

Synopsis:
Reese can’t remember anything from the time between the accident and the day she woke up almost a month later. She only knows one thing: She’s different now.

Across North America, flocks of birds hurl themselves into airplanes, causing at least a dozen to crash. Thousands of people die. Fearing terrorism, the United States government grounds all flights, and millions of travelers are stranded.

Reese and her debate team partner and longtime crush David are in Arizona when it happens. Everyone knows the world will never be the same. On their drive home to San Francisco, along a stretch of empty highway at night in the middle of Nevada, a bird flies into their headlights. The car flips over. When they wake up in a military hospital, the doctor won’t tell them what happened, where they are—or how they’ve been miraculously healed.

Things become even stranger when Reese returns home. San Francisco feels like a different place with police enforcing curfew, hazmat teams collecting dead birds, and a strange presence that seems to be following her. When Reese unexpectedly collides with the beautiful Amber Gray, her search for the truth is forced in an entirely new direction—and threatens to expose a vast global conspiracy that the government has worked for decades to keep secret.
10 votes 12.7%

Synopsis:
June and Day arrive in Vegas just as the unthinkable happens: the Elector Primo dies, and his son Anden takes his place. With the Republic edging closer to chaos, the two join a group of Patriot rebels eager to help Day rescue his brother and offer passage to the Colonies. They have only one request—June and Day must assassinate the new Elector.

It’s their chance to change the nation, to give voice to a people silenced for too long.

But as June realizes this Elector is nothing like his father, she’s haunted by the choice ahead. What if Anden is a new beginning? What if revolution must be more than loss and vengeance, anger and blood—what if the Patriots are wrong?

In this highly-anticipated sequel, Lu delivers a breathtaking thriller with high stakes and cinematic action.
9 votes 11.4%

Synopsis:
Everyone knows that Chelsea Knot can't keep a secret

Until now. Because the last secret she shared turned her into a social outcast—and nearly got someone killed.

Now Chelsea has taken a vow of silence—to learn to keep her mouth shut, and to stop hurting anyone else. And if she thinks keeping secrets is hard, not speaking up when she's ignored, ridiculed and even attacked is worse.

But there's strength in silence, and in the new friends who are, shockingly, coming her way—people she never noticed before; a boy she might even fall for. If only her new friends can forgive what she's done. If only she can forgive herself.
7 votes 8.9%

...but their souls don't exactly get where they're supposed to get either. Instead, they're caught halfway between life and death, in a sort of limbo known as Everlost: a shadow of the living world, filled with all the things and places that no onger exist. It's a magical, yet dangerous place where bands of lost children run wild and anyone who stands in the same place too long sinks to the center of the Earth.

When they find Mary, the self-proclaimed queen of lost kids, Nick feels like he he's found a home, but allie isn't satisfied spending eternity between worlds. Against all warnings, Allie begins learning the "Criminal Art" of haunting, and ventures into dangerous territory, where a monster called the McGill threatens all the souls of Everlost.

In this imaginative novel, Neal Shusterman explores questions of life, death, and what just might lie in between.
7 votes 8.9%

The Testament of Jessie Lamb by Jane Rogers

Synopsis:
Jessie Lamb is an ordinary girl living in extraordinary times: as her world collapses, her idealism and courage drive her towards the ultimate act of heroism. If the human race is to survive, it's up to her. Set just a month or two in the future, in a world irreparably altered by an act of biological terrorism, The Testament of Jessie Lamb explores a young woman's determination to make her life count for something, as the certainties of her childhood are ripped apart.
2 votes 2.5%
79 total votes
2 comments
Sign in to vote »