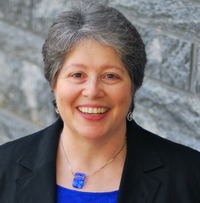 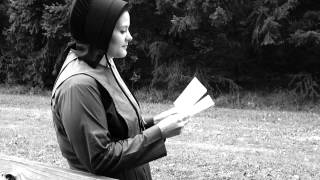 Website
http://salomafurlong.com/
Twitter
SalomaFurlong
Genre
Memoir
Member Since
February 2011
URL
https://www.goodreads.com/salomafurlong
edit data
Saloma Miller Furlong was born and raised in an Amish community in northeastern Ohio. With the eighth-grade education of her childhood, she acquired her GED, enrolled in community college courses, and became an Ada Comstock Scholar at Smith College. She studied at the University of Hamburg in Germany for a semester. At fifty, she graduated with a major in German Studies and a minor in Philosophy. Furlong is the author of three books, and her story has been featured in two PBS American Experience films, “The Amish” and “The Amish: Shunned.” She is the mother of two grown sons and lives in Virginia with her husband, David.

I just finished reading Bonnet Strings for the 2nd time 2 days ago. You wrote that your family did not respond to your wedding invitation.
Have you been able to stay in contact with your family after you left?

It is touching to know that you have read "Bonnet Strings" a second time.

Yes, for years David and I had a cordial relationship with my p…moreHello Miriam,

It is touching to know that you have read "Bonnet Strings" a second time.

Yes, for years David and I had a cordial relationship with my parents. We would visit them at least once a year. My father died in 2004 and my mother in 2005. In my first book, I write about traveling back to Ohio for my father's funeral. I was amazed at the reception I received from my former community members. I also traveled back for my mother's funeral.

My relationship with my siblings is difficult. Only my two brothers stayed Amish. Even though my sisters all left, they did not approve of my first book. And my older sister died of cancer in 2009. So essentially I am an island in my family, with sporadic communications with one sister.(less)
flag
See all 6 answers from Saloma Miller Furlong…

Today I discovered another report about the new law in Ohio that requires all buggies to have yellow blinking lights and how some of the Amish men are non-compliant. Most of them are pleading no contest in court, resulting in a guilty verdict and then refusing to pay their fines. I don’t know how to get the most conservative Amish …

More of Saloma's books…
Quotes by Saloma Miller Furlong  (?)
Quotes are added by the Goodreads community and are not verified by Goodreads. (Learn more)
“Murphy's law inverted: What can go right, will go right. (Works if you're an optimist.)”
― Saloma Miller Furlong
tags: amish, coming-of-age, escape-from-the-amish, inspirational, memoir
2 likes
Like

“I wondered if God really meant for us to lose the self to make it into his kingdom.”
― Saloma Miller Furlong, Bonnet Strings
0 likes
Like

“If one advances confidently in the direction of his dreams, and endeavors to live the life which he has imagined, he will meet with a success unexpected in common hours. He will put some things behind, will pass an invisible boundary; new, universal, and more liberal laws will begin to establish themselves around and within him; or the old laws be expanded, and interpreted in his favor in a more liberal sense, and he will live with the license of a higher order of beings.”
― Henry David Thoreau, Walden
tags: dreams, future, life
326 likes
Like