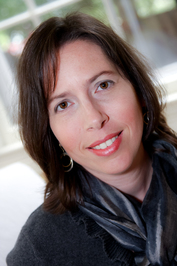 Born
December 25
Website
http://www.lynnesilver.com/
Twitter
lynnesilver
Genre
Romance
Member Since
October 2011
URL
https://www.goodreads.com/lynnesilver
edit data
Lynne Silver is the author of sexy contemporary romance such as the popular Alpha Heroes, Coded for Love, and the Worthy series. She absolutely loves to travel and explore new cities. She has a slight (huge) addiction to donuts, fancy purses, romance novels and video games. She lives in Washington, DC, with her husband and two sons. She loves connecting with readers so please find her on social media.

What’s the best thing about being a writer?
Lynne Silver I love working in my pajamas!
flag
See 1 answer from Lynne Silver… 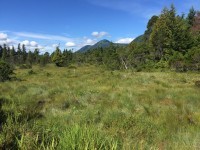 I had the amazing opportunity to take a small cruise in Alaska this summer with the whole family. I kept pinching myself as it felt as if I’d fallen into a post card, the scenery was that gorgeous.

My kids were gung-ho to see bears, but the locals kept warning us that was NOT a desired outcome. Luckily we saw several bears in the safest possible place: Fortress of the Bear in Sitka, AK, a rescue sh

“I’ve always felt soul -baring confidences should be doled out with a modicum of humor,” he said. “Life is only as serious as we make it. Every person on this planet walks around with their own cross to bear. Some crosses are more publicly displayed than others , and some are heavier than others, but everyone’s got one. The goal is to carry yours with dignity and humor. The humor makes it lighter, and the dignity makes you remember that someone else’s burden is always worse than yours.”
― Lynne Silver, In Deep with the FBI Agent
1 likes
Like

“Rowan coughed and spluttered on his gulp of beer. “I’ve never played with my pussy,” he said with an amused glint in his eye.”

Her cheeks heated at his dirty language, but the tingles running under her skin made her aware of her reaction to being alone in the hotel room with Rowan, sitting on the big bed and playing silly games. “I’ve never touched a woman’s breasts beside my own.”

“I’ve never given a blow job.”

“I’ve never received a blow job,” she said, tilting the mini wine bottle to her mouth and realizing it was empty.

“I’ve never played I never with a woman I love before,” he said, setting his beer can on the nightstand with a clink.

“I’ve never kissed a man in a hotel room before.” She pressed forward onto her hands and knees to reach and kiss him. Their lips lingered for a long moment before she leaned back and waited for his next I never.

“I’ve never removed a woman’s shirt in a hotel room.” Now it was his turn to lean forward and tug her sweater up over her head.

She thought long and hard about her next words, knowing he would act on whatever she said. “I’ve never ordered a man to take off his shirt in a hotel room,” she said finally and watched happily as he removed his long sleeve navy cotton T–shirt. She’d never tire of seeing his smooth skin over hard pectorals. A narrow line of hair trailed down the center of his belly disappearing into jeans. She’d licked her way along that line yesterday and licked her lips now in anticipation of tasting him again.

“I’ve never kissed a woman’s nipples in a hotel room,” he said. In a flash, her bra was flying through the air to land in a pile on the carpet in front of the window, and Rowan’s mouth was on her breasts. Sensation spiraled through her as she shuddered and her arousal built. She’d been on edge since their heated kisses in the car in the parking lot, and it didn’t take much for Rowan’s tongue to turn her into a shuddering, needy wanton.

“I think this game has turned from I Never into Truth or Dare,” she said, clasping Rowan’s head to her chest.

He pulled away from his decadent kisses to look her in the face. “Let’s do it. Dare me, Jill.” The look in his eye told her she might’ve taken on more than she could handle. Though she’d been an active participant in their lovemaking up to now, Rowan had taken the lead and guided her. She had the power here. The question was what to do with it.

“I dare you to”—she licked her lips thoughtfully—“I dare you to get naked and lie on your back. Eyes closed,” she added. When all was as she wanted, she leaned over him and planted a kiss on his lips. Then she kissed her way down his body, stopping at all the best spots. His chin, where his unshaven beard scratched at her skin. His pectorals, one nipple, then another. His belly button. “You’re ticklish,” she observed.

Then she made her way lower to his erection, lying over his belly pointing at the chin. She freaking loved his body and how it reacted to her every touch. Being alone with him in the hotel room was even better. Here there were no echoes of footsteps in the hallway, no clock ticking signaling the end of their hour together, no narrow bed forcing them to get creative in their positions. They had a king–size bed and a whole night to explore.

Kneeling at the side, she took him in her mouth, eliciting a moan. His musky taste filled her mouth, and she lovingly used her tongue to drive him wild. His hand found the crease of her jeans between her legs and explored her while she used her mouth on him. She parted her legs, giving him better access, and it was all she could do to concentrate on giving him pleasure when he was making her feel so good.

She wanted to straddle him so bad. The temptation to stop the foreplay and ride this thing to completion was great, but she held off.

“Are you ready for me?” Rowan asked. “You want my cock in you?” His eyes remained closed, and a smile lingered on his face.”
― Lynne Silver, Desperate Match

Melissa Cutler
author of
The Troub...

Jennifer Delamere
author of
The Capta...

Hi Lynne, thanks for accepting my friend request. I look forward to swapping book recs with you!