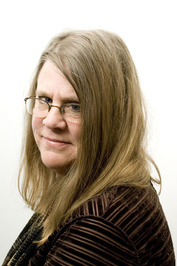 Born
Chicago, The United States
Website
http://www.kathleenmcdonnell.com
Genre
Young Adult, Historical Fiction, Science Fiction & Fantasy
Member Since
September 2010
edit data
I was born in the U.S. and have lived in Canada most of my adult life. My writing cuts across many genres - fiction, plays, non-fiction, young-adult, you name it. Visit my website to find out more about my books and plays, and for info on my fantasy-adventure trilogy The Notherland Journeys, about a teenage girl with the ability to create imaginary worlds.

There’s a stream on the grounds of a small winery in France’s Champagne district. At one point it widens into a pond, in the middle of which is an oval-shaped mound of earth, with a single tree at one end. The place is known as l’ile de la fille sauvage, and though it barely warrants being called an island, local legend says that it served as an occasional refuge from the stresses of civilization Read more of this blog post »
Like  •  0 comments  •  flag