Discover new books on Goodreads
See if your friends have read any of A.M. Harte's books 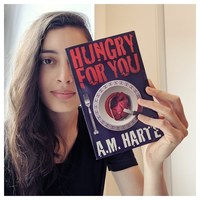 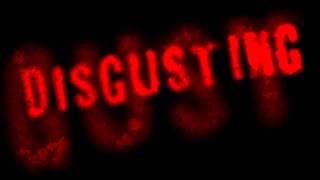 https://www.instagram.com/am.harte/ A.M. Harte is a London-based speculative fiction enthusiast and chocolate addict whose work includes the dark fantasy novel "Above Ground" and the zombie love collection "Hungry For You". She is excellent at missing deadlines, has long forgotten what 'free time' means, and enjoys procrastinating at http://amharte.com

6 Lessons From My Writing Sabbatical

I'd always imagined that one day I'd be a full-time author. 10 months ago, I realised that dream wouldn't come true by itself. Continue reading →
View more on A.M. Harte's website »
1 like · Like  •  0 comments  •  flag

Solid Moments (Literature & Fiction)
1 chapters   —   updated Aug 03, 2015 06:06AM
Description: Life is in the little things. The quiet moments between lovers. The precious minutes when we are most ourselves. A.M. Harte’s second collection is a tribute to the defining fragments of life – a blind girl rediscovering sight, a scorned lover finding solace in research, a brother meeting the sister he never knew he had… With Solid Moments, A.M. Harte captures the essence of passion in the moments that it lays itself bare.
Above Ground (Science Fiction & Fantasy)
1 chapters   —   updated May 13, 2015 06:34PM
Description: The first glimpse of sun may be her last. When Lilith Gray goes above ground for the first time, she hardly expects to stay there — much less be trapped on the surface with no way home. Hunted by trackers and threatened by the infected, Lilith is on the run, desperate to return underground. Her only hope for survival lies with a taciturn werewolf with a dark agenda of his own. Lilith’s old carefree life has been reduced to one choice: Adapt. Or die trying.
Hungry For You (Horror)
1 chapters   —   updated May 13, 2015 06:32PM
Description: Love is horrible. It’s ruthless, messy, mind-altering, and raw. It takes no prisoners. It chews you up and spits you out and leaves you for dead. Love is, you could say, very much like a zombie.

A.M. is currently reading
White Fragility: Why It's So Hard for White People to Talk About Racism
by Robin DiAngelo
bookshelves: currently-reading

“When I am lonely for boys what I miss is their bodies. The smell of their skin, its saltiness. The rough whisper of stubble against my cheek. The strong firm hands, the way they rest on the curve of my back.”
― A.M. Harte, Hungry For You
tags: love, relationships, romance, women
12 likes
Like

“A poem was a box for your soul. That was the point. It was the place where you could save bits of yourself, and shake out your darkest feelings, without worrying that people would think you were strange. While I was writing, I would forget myself and everyone else; poetry made me feel part of something noble and beautiful and bigger than me. [...] I slid them under the carpet as soon as they were done, all the images and rhymes wrestled into place. By the time I had copied them out, I found I had memorized every line. Then they would surprise me by surging through me, like songs I knew by heart.”
― Andrea Ashworth, Once in a House on Fire
tags: poetry, writing
14 likes
Like

“At school, I couldn't help but grin.
At home, something ripped under my skin when I smiled, trying to pretend that everything was fine. Deadly moods lurked in a purple-white haze, smoke clinging to the curtains, turning stale overnight.”
― Andrea Ashworth, Once in a House on Fire
3 likes
Like

“We can't stand it, to be alone. We cannot bear it, any more than the monks of old could bear it, men who though they had renounced all else for Christ's sake, nevertheless came together in congregations to be with one another, even as they enforced upon themselves the harsh rules of single solitary cells and unbroken silence. They couldn't bear to be alone.

We are too much men and women; we are yet formed in the image of the Creater, and what can we say of Him with any certainty except that He, whoever He may be--Christ, Yahweh, Allah--He made us, did He not, because even He in His Infinite Perfection could not bear to be alone.”
― Anne Rice, The Vampire Armand

“Shadow had heard too many people telling each other not to repress their feelings, to let their emotions out, let the pain go. Shadow thought there was a lot to be said for bottling up emotions. If you did it long enough and deep enough, he suspected, pretty soon you wouldn't feel anything at all.”
― Neil Gaiman, American Gods
151 likes
Like

“And his eyes frighten me, too. They're the eyes of an old man, an old man who's seen so much in life that he no longer cares to go on living. They're not even desperate... just quiet and expectant, and very, very lonely, as if he were quite alone of his own free choice.”
― Anne Holm, I Am David
tags: sad
26 likes
Like

Philip Pullman
author of
The Golde...

Terra Whiteman
author of
The Antit...

Thanks for adding me A.M. I'm looking forward to reading your book, "Hungry For You!
Cheers

Hello A.M., it is a pleasure to meet you.

The Other Sides quiz is a great idea!

How are you? Thank you for accepting my friend-request, for entering to win Reason Reigns, and for marking it to-read.

Please visit these groups when you have a chance: “Happy & Brainy Group” and “To the Glory of Man”.

Have a marvelous Friday and weekend. Warmest regards.