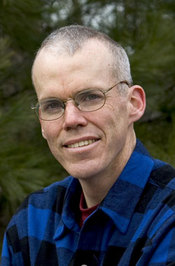 “There is a tendency at every important but difficult crossroad to pretend that it's not really there.”
― Bill McKibben, The End of Nature
tags: challenge, environment, judgement
57 likes
Like

“TV makes it so easy to postpone living for another half hour.”
― Bill McKibben, The Age of Missing Information
54 likes
Like

“Here is a statistic that does matter: Three quarters of Americans believe the Bible teaches that “God helps those who help themselves.” That is, three out of four Americans believe that this uber-American idea, a notion at the core of our current individualist politics and culture, which was in fact uttered by Ben Franklin, actually appears in Holy Scripture. The thing is, not only is Franklin's wisdom not biblical; it's counter-biblical. Few ideas could be further from the gospel message, with its radical summons to love of neighbor. On this essential matter, most Americans—most American Christians—are simply wrong, as if 75 percent of American scientists believed that Newton proved gravity causes apples to fly up.”
― Bill McKibben
28 likes
Like

Is this you? Let us know. If not, help out and invite Bill to Goodreads.