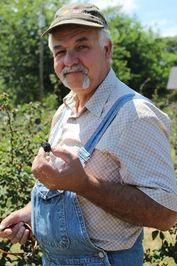 Member Since
May 2014
edit data

“If conversion to Christianity makes no improvement in a man's outward actions – if he continues to be just a snobbish or spiteful or envious or ambitious as he was before – then I think we must suspect that his 'conversion' was largely imaginary; and after one's original conversion, every time one thinks one has made an advance, that is the test to apply. Fine feelings, new insights, greater interest in 'religion' mean nothing unless they make our actual behavior better; just as in an illness 'feeling better' is not much good if the thermometer shows that your temperature is still going up. In that sense the outer world is quite right to judge Christianity by its results. Christ told us to judge by results. A tree is known by its fruit; or, as we say, the proof of the pudding is in the eating. When we Christians behave badly, or fail to behave well, we are making Christianity unbelievable to the outside world. The war-time posters told us that Careless Talk costs Lives. It is equally true that Careless Lives cost Talk. Our careless lives set the outer world taking; and we give them grounds for talking in a way that throws doubt on the truth of Christianity itself.”
― C.S. Lewis
89 likes