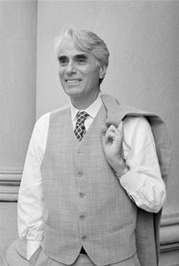 “And although it might be best of all to be Socrates satisfied, having both happiness and depth, we would give up some happiness in order to gain the depth.”
― Robert Nozick, The Examined Life: Philosophical Meditations
tags: happiness
23 likes
Like

“Consider the following sequence of cases, which we shall call the Tale of the Slave, and imagine it is about you.

1. There is a slave completely at the mercy of his brutal master’s whims. He is often cruelly beaten, called out in the middle of the night, and so on.

2. The master is kindlier and beats the slave only for stated infractions of his rules (not fulling the work quota, and so on). He gives the slave some free time.

3. The master has a group of slave, and he decides how things are to be allocated among them on nice grounds, taking into account their needs, merit, and so on.

4. The master allows the slave four days on their own and requires them to work only three days a week on his land. The rest of the time is their own.

5. The master allows his slaves to go off and work in the city (or anywhere they wish) for wages. He also retains the power to recall them to the plantation if some emergency threatens his land; and to raise or lower the three-sevenths amount required to be turned over to him. He further retains the right to restrict the slaves from participating in certain dangerous activities that threaten his financial return, for example, mountain climbing, cigarette smoking.

6. The master allows all of his 10,000 slaves, except you, to vote, and the joint decision is made by all of them. There is open discussion, and so forth, among them, and they have the power to determine to what use to put whatever percentage of your (and their) earnings they decide to take; what activities legitimately may be forbidden to you, and so on.

7. Though still not having the vote, you are at liberty (and are given the right) to enter into discussion of the 10,000, to try to persuade them to adopt various policies and to treat you and themselves in a certain way. They then go off to vote to decide upon policies covering the vast range of their powers.

8. In appreciation of your useful contributions to discussion, the 10,000 allow you to vote if they are deadlocked; they commit themselve3s to this procedure. After the discussion you mark your vote on a slip of paper, and they go off and vote. In the eventuality that they divide evenly on some issue, 5,000 for and 5,000 against, they look at your ballot and count it in. This has never yet happened; they have never yet had occasion to open your ballot. (A single master may also might commit himself to letting his slave decide any issue concerning him about which he, the master, was absolutely indifferent.)

9. They throw your vote in with theirs. If they are exactly tied your vote carries the issue. Otherwise it makes no difference to the electoral outcome.

The question is: which transition from case 1 to case 9 made it no longer the tale of the slave?”
― Robert Nozick, Anarchy, State, and Utopia
tags: anarchy, and-utopia, libertarian, philosophy, politics, state
17 likes
Like

“There is room for words on subjects other than last words.”
― Robert Nozick, Anarchy, State, and Utopia
tags: liberalism, logic, political-science
12 likes
Like

Who is your favorite libertarian minded author?