,
Discover new books on Goodreads
See if your friends have read any of Nuruddin Farah's books 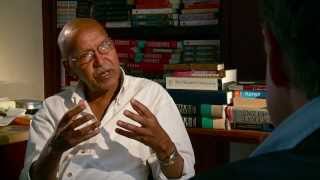 Blood in the Sun (3 books)
by
Nuruddin Farah

Past Imperfect (3 books)
by
Nuruddin Farah

3.68 avg rating — 321 ratings
Quotes by Nuruddin Farah  (?)
Quotes are added by the Goodreads community and are not verified by Goodreads. (Learn more)
“I have tried my best to keep my country alive by writing about it.”
― Nuruddin Farah
705 likes
Like

“She wondered then if she had ever been on the right track. She had been reticent all her life, because it turned out that her opinions were different from what others expected. 'That proves either that I am an exceptional idiot, or the reverse.”
― Nuruddin Farah, From a Crooked Rib
14 likes
Like

“Many more villagers, who have seen an elephant for the first time in their lives, give absurd exaggerations regarding his size, weight, and height. One of them describes him as ‘a fundament!’. Another, elaborating, alludes to the term ‘firmament,’ because of the elephant’s hugeness. He felt as though the sky was obliterated from his vision. The last to be interviewed by the local TV station swears that he sensed the world lean forward as the elephant came closer and tilt backwards as the beast walked away.
This large mammal ambles purposefully. He pays no heed to the crowded silence following him in stealthy consciousness. One of the villagers, a woman often suspected of dabbling in witchcraft, talks of her inspired theory: that this was no elephant, more like a human on a holy mission of avenging justice. Two other witnesses, neither having had any contact with the woman, speak in substantiation of the woman’s claims, giving as evidence the observation that the elephant turned around when someone said something in Somali. Several villagers will not comment, afraid of a fitting retribution should they do so.”
― Nuruddin Farah
tags: nuruddin-farah, secrets
7 likes
Like

Which book would you like to read for our stop in Somalia in September and October? (if Farah is chosen, we will either poll for a specific book or do a free read)

Is this you? Let us know. If not, help out and invite Nuruddin to Goodreads.