,
Discover new books on Goodreads
See if your friends have read any of Piper Davenport's books 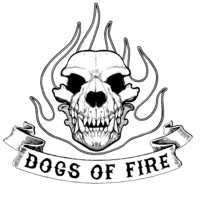 She currently resides in pseudonymia under the dutiful watch of the Writers Protection Agency.

Like Piper's FB page and get to know her!
(www.facebook.com/piperdavenport) Piper Davenport writes from a place of passion and intrigue. Combining elements of romance and suspense with strong modern day heroes and heroines.

She currently resides in pseudonymia under the dutiful watch of the Writers Protection Agency.

Like Piper's FB page and get to know her!
(www.facebook.com/piperdavenport) ...more 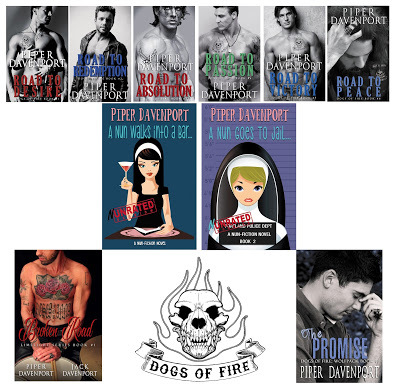 More of Piper's books…
Quotes by Piper Davenport  (?)
Quotes are added by the Goodreads community and are not verified by Goodreads. (Learn more)
“What I do know, is that Alex is my protector, my lover, my soul mate, and my one true love, but most importantly, he is my awakening.”
― Piper Davenport, Dogs of Fire MC
1 likes
Like

“Getting my eyeballs plucked out by crows while my fingernails were ripped off one-by-one would have been much more enjoyable kind of bad,” I ground out “Ew,”
― Piper Davenport, Road to Desire
0 likes
Like

“Hump?” Reese asked. “Yes. Real men know how to satisfy a woman, but nice guys only know how to hump,” I said. “Humping occurs only on the appointed night of the week, and only missionary style is sanctioned.” “You don’t say,” Hawk said, trying to keep his laughter at bay. “I agree,” Macey piped in. “It’s a strictly lights off, socks on affair,” I continued. Sadie giggled so hard, she snorted. “And your so-called ‘ornery’ men?” Reese asked. “They do whatever it takes.” He raised an eyebrow. “Meaning?” “Well, you know the difference between sensual and kinky, right?” “Do tell?” he asked. “Sensual is when you bring a feather to bed,” I said. “I can’t believe I’m going to ask this,” Sadie said, her cheeks pink. “But what about kinky?” “You bring the whole damn bird,” Hawk supplied. “Spoken like a real man,” Payton said. “I’d be a little nervous about the bird flu,” Sadie said. “Always bag your beak,” Dallas retorted.”
― Piper Davenport, Reese
0 likes
Like

Paganalexandria **wicked juices bubbling over** wrote: "Thanks for the friendvite!"