,
Discover new books on Goodreads
See if your friends have read any of H.L. Reasby's books 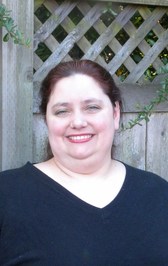 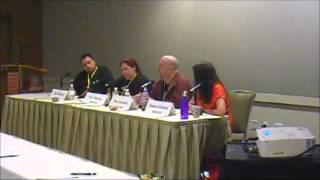 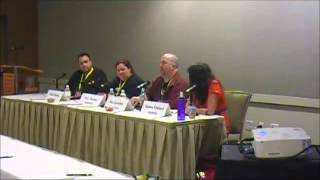 In the modern era of publishing, the only thing holding you…moreWrite, read, and write some more. Finish your projects, then polish them and publish them.

In the modern era of publishing, the only thing holding you back from realizing your dreams of being a writer is yourself. However, that said, a good editor is the best ally you can acquire. A properly edited book is inherently easier to read and keeps distractions like typos and clunky wording from detracting from the pleasure of your story.(less)
flag
See all 4 answers from H.L. Reasby…

A Matter of Equality

“Individual science fiction stories may seem as trivial as ever to the blinder critics and philosophers of today, but the core of science fiction -- its essence -- has become crucial to our salvation, if we are to be saved at all.”
― Isaac Asimov
tags: salvation, science-fiction
126 likes

“The man in black fled across the desert and the gunslinger followed. The desert was the apotheosis of all deserts, huge, standing to the sky for what looked like eternity in all directions. It was white and blinding and waterless and without feature save for the faint, cloudy haze of the mountains which sketched themselves on the horizon and the devil-grass which brought sweet dreams, nightmares, death. An occasional tombstone sign pointed the way, for once the drifted track that cut its way through the thick crust of alkali had been a highway. Coaches and buckas had followed it. The world had moved on since then. The world had emptied.”
― Stephen King, The Gunslinger
51 likes

“Sometimes our light goes out, but is blown again into instant flame by an encounter with another human being.”
― Albert Schweitzer
tags: inspirational, life, spiritual, uplifting
5216 likes

Just an FYI, if you purchase a paperback copy of 'Akhet' from the createspace ebook store (https://www.createspace.com/3429818), you can enter the discount code TFGJ2KE to get 10% off the cover price!