,
Discover new books on Goodreads
See if your friends have read any of Murray Pura's books 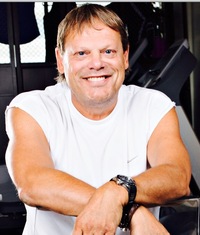 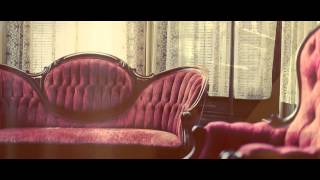 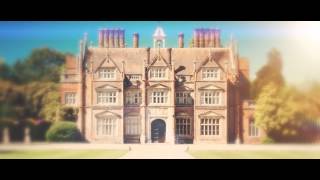 His diverse writing spans many genres including: historical fiction, contemporary fiction, literary fiction, romance, adventure, western, suspense, fantasy, Amish, and inspirational. His most recent releases include Petals (2016); Beautiful Skin (2016); Gettysburg (2018); A Sun Drenched Elsewhere (2019); Ride the Sky (2019); Grace Rider (2020); Islands (2020) and Islands II (2021) co-authored with Patrick Craig). Up and Coming: Islands III, completing the WW2 trilogy; Beyond the Red Hills (the stories of three American families 1945-1968); The Sunflower Season, a novella of Russia and Ukraine; On A Blue, stories I confess to strangers on airplanes; and The Storm Riders, a novel of Texas and the West in 1866.

He also writes under the name: Murray Andrew Pura

The Scepter and The Isle

My plea for thee

The Danforths of Lancashire (3 books)
by
Murray Pura (Goodreads Author)

Murray is currently reading
The House of the Spirits
by Isabel Allende (Goodreads Author)
bookshelves: currently-reading

More of Murray's books…
Quotes by Murray Pura  (?)
Quotes are added by the Goodreads community and are not verified by Goodreads. (Learn more)
“Christianity was not meant to be a weapon or an argument or a show of force or a political tool. Or an act of aggression or coercion. It was never meant to be a cause or a prop for a cause. Or something to pacify and make thousands go to bed happy and unthinking. It was meant to be a challenge, yes, but that challenge to a second life was meant to be laced with kindness. If someone forces you to choose between God is holy and God is love choose God is love because holiness without love translates into tyranny.”
― Murray Pura
tags: christianity, god, inspirational, politics
14 likes
Like

“If winter helps you curl up and more that makes it one of the best of the seasons.”
― Murray Pura
tags: books, good-things, reading, winter
7 likes
Like

“Do you find me less attractive now that weather and wind have scoured the bloom from my cheeks?”

“Skaytha, it’s nothing like that. If anything you are more beautiful now than when we lived on Skyrl. Often enough I have no breath when I look at you. You rob me of any other thoughts.”

“So you’re afraid my kisses will take what little brain you have left?”

“I’m afraid the angels will do something I don’t want them to do if I fly in the face of their commands, commands I can only assume are divine as well as angelic.”

“Did you ever think to ask them the reasons behind their demands?”

“When it is an angel I just want to get out of the conversation alive or at least without being struck dumb. So I don’t prolong the chat.”

“You might have wanted my kisses more than that. If you had any romance in you you’d have told them you were ready to fight ten legions of angels for my love.”

Hawk had reached out to hold her. “If I’d told them that they might have taken me up on it. Angels are not just useful for gallant flourishes the moment you declare your intention to battle all comers for the woman you love. Angels burn like fire and blaze like a hundred suns – they strike fear in my heart.”

“Clearly you don’t love me either.”

They had been in a tipi. She’d gone to the opening, lifted the flap, bent, and stalked away, passing by warriors of the tribe with her head as high as a goddess and her back as straight as the shaft of the spear. The chief had poked his head in.

Hawk had learned their tongue.

“It couldn’t be better,” Hawk had responded. “Only being slain in battle would be greater than this.”

The chief had thought this over and laughed. "That would bring you great honor."

"I am in short supply of honor right now and such short supply never pleases a woman like her. Better to die at the end of a spear and have it for a few moments and win her back."

The chief had nodded. "Sound wisdom. Would you like to join a raiding party against our enemy tonight?"

"I couldn't be happier."

“All good books are alike in that they are truer than if they had really happened and after you are finished reading one you will feel that all that happened to you and afterwards it all belongs to you: the good and the bad, the ecstasy, the remorse and sorrow, the people and the places and how the weather was. If you can get so that you can give that to people, then you are a writer.”
― Ernest Hemingway
tags: authors, good-books, truth, writers
2713 likes
Like

“If people bring so much courage to this world the world has to kill them to break them, so of course it kills them. The world breaks every one and afterward many are strong at the broken places. But those that will not break it kills. It kills the very good and the very gentle and the very brave impartially. If you are none of these you can be sure it will kill you too but there will be no special hurry.”
― Ernest Hemingway, A Farewell to Arms
tags: doom, mortality
2144 likes
Like

“All men dream: but not equally. Those who dream by night in the dusty recesses of their minds wake up in the day to find it was vanity, but the dreamers of the day are dangerous men, for they may act their dreams with open eyes, to make it possible.”
― T.E. Lawrence, Seven Pillars of Wisdom: A Triumph
tags: dreamers, dreaming, dreams, open-eyes, open-mind
1369 likes
Like

“I loved you, so I drew these tides of men into my hands/and wrote my will across the sky in stars”
― T.E. Lawrence, Seven Pillars of Wisdom: A Triumph
992 likes
Like

“We were fond together because of the sweep of open places, the taste of wide winds, the sunlight, and the hopes in which we worked. The morning freshness of the world-to-be intoxicated us. We were wrought up with ideas inexpressible and vaporous, but to be fought for. We lived many lives in those whirling campaigns, never sparing ourselves: yet when we achieved and the new world dawned, the old men came out again and took our victory to remake in the likeness of the former world they knew. Youth could win, but had not learned to keep, and was pitiably weak against age. We stammered that we had worked for a new heaven and a new earth, and they thanked us kindly and made their peace.”
― T.E. Lawrence, Seven Pillars of Wisdom: A Triumph
tags: history
46 likes
Like

Lucinda wrote: "Dear Murray,
Thanks so much for acepting my friend request! I look forward to reading your work.
Regards
Lucinda"

Congrats on being one of the contest winners Lucinda - great to have you as a friend :)

Dear Murray,
Thanks so much for acepting my friend request! I look forward to reading your work.
Regards
Lucinda

thank you so much for your gracious remarks, Linda - we're all people with all our joys and struggles and we're all in this together - God be with you!

Murray is a very nice person.He is truly respected by me ,if that matters because he is gunine.He doesn't put on heirs because of what he does,and he is a Christian which causes me to respect him even more.He is a great author and a good friend as much as I know him but I appreciate the fact that he interacts with his fans and doesn't think so highly of himself ,that he won't partake with any of us.I take my hat off to him ,a figure of speech,he seems every bit the person we know. Blessings to you Murray and I pray great success to you.

Christine wrote: "Thanks for being my friend"
Thank you for saying yes to friendship, Christine!

Leigh wrote: "Thank you for adding me to your friends. I am looking forward to reading one of your books! And, great picture :)

thank you Leigh - I'm grateful you accepted the invite! looking forward to chatting now & then

Thank you for adding me to your friends. I am looking forward to reading one of your books! And, great picture :)

Murray wrote: "cheers Kara! My pleasure! I'm writing of course! And you?"

all right for more writing!! reading, resting, and praying.....happy writing to you and cheers also :D

cheers Kara! My pleasure! I'm writing of course! And you?

thanks for adding me to your friend list, Murray, blessings on your weekend!

Just finishing the third and final book in the Ashton Park trilogy (otherwise known as the Danforths of Lancashire). Book 2, Beneath the Dover Sky, which covers the years 1924-1933 in the family saga, will be released August 1st. The final volume, London Dawn, will be out in time for Christmas. I'll be having a Goodreads Giveaway for the books in this trilogy very soon.

you too, dancing gal ;o)

My buddy Murray!!! Good to see you in here, friend!