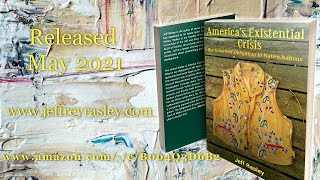 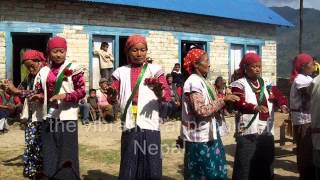 Rasley has engaged in social activism and philanthropic efforts from an early age. In high school he co-founded the Goshen Walk for Hunger. In law school he was an advocate of residential renters' rights as a lob Jeff Rasley is the author of ten books and has published numerous articles in academic and mainstream periodicals, including Newsweek, Chicago Magazine, ABA Journal, Family Law Review, American Athenaeum, Pacific Magazine, Indy's Child, The Journal of Communal Societies, The Chrysalis Reader, Faith & Fitness Magazine, Friends Journal, and Real Travel Adventures International Magazine. He is an award-winning photographer and his pictures taken in the Himalayas and Caribbean and Pacific islands have been published in several journals.

Rasley has engaged in social activism and philanthropic efforts from an early age. In high school he co-founded the Goshen Walk for Hunger. In law school he was an advocate of residential renters' rights as a lobbyist and president of the Indianapolis Tenants Association. He is the founder of the Basa Village Foundation, president of the Indianapolis Scientech Club, and currently serves as a director for five nonprofit corporations.

Jeff is an avid outdoors-man and recreational athlete. He leads trekking-mountaineering expeditions in Nepal and has solo-kayaked around several Pacific island groups. He also loves to read and considers completing Marcel Proust's 3600 page Remembrance of Things Past as great an adventure as climbing Himalayan peaks and solo-kayaking Pacific islands.

Rasley is a partner in the e-book publishing enterprise Midsummer Books through which he also provides writer coaching and editing services. He is U.S. liaison for the Nepal-based Himalayan expedition company, Adventure GeoTreks Ltd. He has taught classes for IUPUI Continuing Ed. Program, Indiana Writers Center, Butler and Marian Universities.

For chairing the Indiana-Tennessee Civic Memorial Commission Rasley and the Commission received Proclamations of Salutation from the Governors of Indiana, Ohio, Tennessee and Pennsylvania and he was made an honorary Lieutenant Colonel Aide-de-Camp of the Alabama State Militia, a Kentucky Colonel and honorary Citizen of Tennessee. He was given a Key to the City of Indianapolis for serving as an intern to Mayor Hudnut and preparing a report on the safety conditions of all Indy Parks. Rasley has received the Man of the Year award from the Arthur Jordan YMCA and the Alumni Service Award from the University of Chicago Alumni Board of Governors.

Rasley has given serious and humorous interviews to many broadcast programs and provided programs for service clubs, community organizations, and churches.

From the book: “The entire USA has and continues to benefit from the illegal and inhumane treatment of the people of the Native Nations. If America is going to continue to claim it is a moral leader, the “city on a hill” and beacon to the rest of the world, we have to finally and fully face up to our genocidal history by paying off the debt and cleansing that historical sin.”
This book makes the c Read more of this blog post »
Like  •  0 comments  •  flag

Hero's Journey: John Ritter, the Chip Hilton of Goshen, Indiana; a Memoir (Biographies & Memoirs)
1 chapters   —   updated May 25, 2016 07:50AM
Description: What makes a real hero? Chip Hilton was an ideal hero for boys growing up in small Midwestern towns in the 1950s and 60s. Chip was an A-student, loving son, and hard worker at the local drug store. He had a gang of loyal friends. But most importantly, he was the star player on his high school sports teams. Chip was a fictional character in a series of sports-action books. John Ritter was a real-live boy who seemed to be as close to Chip Hilton-like perfection as humanly possible. He grew up in Goshen, Indiana, to become a record-breaking All-Star basketball player and captain of Bob Knight's first outstanding Indiana Hoosiers team. But John Ritter's life journey took a very different route from that of his fictional twin and what his hometown fans expected. Solving the mystery of what happened to John Ritter and trying to understand why was what inspired the creation of Hero's Journey. Jeff Rasley's childhood memories of his story book and real-life sports heroes are the launch pad for an exploration of how we create, treat, and mistreat our heroes. Hero's Journey taps voices as diverse as Patti Smith, Homer, Shakespeare, the Grateful Dead, and Dennis Rodman in an examination of the cultural shifts in the meaning of hero. The lustrous triumphs and pitiable travails of mythical heroes, like Achilles and Lancelot, are compared to ethical martyrs, like Gandhi and King, and to more troubling champions like Allen Iverson, Mike Tyson, Caitlyn Jenner, and Donald Trump.
Godless – Living a Valuable Life beyond Beliefs (Religion & Spirituality)
1 chapters   —   updated May 13, 2015 06:38PM
Description: Beliefs divide us, values unite us. Fight violence with values. Godless – Living a Valuable Life beyond Beliefs is - A value-based alternative to fundamentalism and political gridlock. - A critique of organized religion and ideological politics and a remedy for what ails the Church and the political order. - A middle way between orthodoxy and atheism to save religion in the advancing age of unbelief and a pragmatic approach to encourage political activism to counter apathy. It shows how religious and political extremism can be defeated with pragmatism and positive values.
An Enlightened Partnership By Jeff Rasley November/December 2013 (Biographies & Memoirs)
1 chapters   —   updated May 13, 2015 06:36PM
Description: I first went to the Himalayan Mountains in Nepal as an adventurer and mountain climber in 1995. After four Himalayan expeditions in five years I was forced to question what I was really doing in Nepal. In 1999 my climbing team barely escaped an avalanche which killed three Nepalese porters. Those men died carrying equipment for Western climbers. Was there any sense to make of the loss of three lives?
My Second Home, Basa Village (Travel)
1 chapters   —   updated May 13, 2015 06:36PM
Description: http://synchchaos.com/?s=Jeff+Rasley&x=13&y=13 Article published in Synchronized Chaos; an excerpt from "Light in the Mountains; Namaste, Rakshi, and Electricity in a Himalayan Village"
Islands in my Dreams (Travel)
1 chapters   —   updated May 13, 2015 06:32PM
Description: An island is a place to be alone or to experience intimate community. Islands can be an escape from the bonds of normal life and an embrace with a local culture far different from your own. Escape to an island may be a singular jewel of experience. I wanted to experience islands more deeply than that of tourist. I explored the islands described in this anthology as a traveler with an attitude of curiosity and adventure. The personal essays and stories in this book reflect some of what I have gained and what I have dreamed of islands as a spiritual seeker and adventure traveler.
More of Jeffrey’s writing…

“Chasing angels or fleeing demons, go to the mountains.”
― Jeffrey Rasley, Bringing Progress to Paradise: What I Got from Giving to a Mountain Village in Nepal
tags: biography, expeditions, himalayas, memoir, mountaineering, mountains, nepal, philanthropy, three-cups-of-tea, tibet, trekking
123 likes
Like

“curling leaves and twining branches outside my bay window look like a Van Gogh in the starlight - there is a river out there somewhere”
― jeff rasley
tags: stars, van-gogh
2 likes
Like

“Between 1492 and the American Revolution, the indigenous population in North America declined by 90%. In 1491 Native people controlled all of the 2.4 billion acres that would become the United States of America. Native Americans now control about 56 million acres, roughly 2 percent.
America's Existential Crisis: Our Inherited Obligations to Native Nations.”
― Jeff Rasley, America’s Existential Crisis: Our Inherited Obligation to Native Nations
tags: native-american-genocide
0 likes
Like

“Chasing angels or fleeing demons, go to the mountains.”
― Jeffrey Rasley, Bringing Progress to Paradise: What I Got from Giving to a Mountain Village in Nepal
tags: biography, expeditions, himalayas, memoir, mountaineering, mountains, nepal, philanthropy, three-cups-of-tea, tibet, trekking
123 likes
Like

“I sat in front of the TV hour after hour watching the news about how Trump was fucking up the government’s response to the spreading corona virus infection. Why didn’t he invoke the federal government’s power under the Defense Production Act as soon as the virus hit Washington State? All the experts knew how fast-spreading and dangerous this corona virus could be? Instead, he ignores the CDC’s advice and downplays the risk to the nation’s health. Not until mid April, when it’s way too late, does Trump finally use some of the government’s power under the DPA, and even then it’s a half-assed measure. Not enough testing, not enough ventilators, not enough PPE, not enough swabs.
The number of infections kept rising. By the end of March the US led the world in infections and deaths caused by the virus. What does Trump do? He refuses to wear a mask. He’s not going to look like a weakling. Testing? Overrated. It increases the number of infections. Why doesn’t the country have enough PPE and ventilators? Obama’s fault. The President is in charge, but if there’s any failure, it’s the fault of governors and mayors. He keeps repeating his mantra, “The situation is under control.” Pence’s team will whip the virus. Or was it Jared’s team? This virus isn’t as bad as the flu. America always wins. Doesn’t matter who or what the enemy is, we always triumph. We’re going to kill that little bug. Those people wearing masks are doing it to spite me, Donald J. Trump, the greatest President in history. “The situation is under control.”
But the deaths keep mounting. It surpasses annual deaths from auto accidents, 34,000. It surpasses US deaths in the Vietnam War, 58,000. Next, it’s going to surpass total deaths of US soldiers in World War I, 116,500, and it’s not going to stop there.
What the fuck!? This is the United States of America! We’re supposed to have the best healthcare in the world, the best of everything. We’re Number One! Yeah, Trump made America great again. He said with him as President America would win so much we’d get tired of winning. Right on, man! We are Number One – in corona virus infections and deaths!
After spending all day switching back and forth among the cable news networks on TV, I’d turn off the television and get on my laptop and rant on Twitter about what an idiot the President was. That was my life during the lockdown.
From "Anarchist, Republican... Assassin”
― Jeffrey Rasley, Anarchist, Republican... Assassin: a political novel
tags: 2020-elections, anti-trump, anti-trump-protests, anti-trump-quotes, literary-fiction, new-novel, politics
0 likes
Like

Jack Hayes
author of
When Eagl...

Thanks for joining my circle of friends.

Thanks for joining my circle of friends.