Discover new books on Goodreads
See if your friends have read any of Francis H. Powell's books 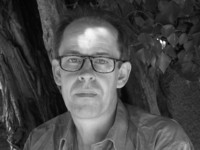 Adventures of Death, Reincarnation and Annihilation
By Francis H. Powell

What if the human race was considered irrelevant and then each being was just uploaded then locked away on hard drives called "brain pods" ?

What if a sub species was to come into fruition, then the human race turned on it, hunted it down before trying to annihilate it? Imagine you found out you were an ancient soul, who is reu Read more of this blog post »
Like  •  0 comments  •  flag

THE Group for Authors! — 11766 members — last activity 10 hours, 30 min ago
This is a group for authors to discuss their craft, as well as publishing and book marketing.

Thank you very much.

This the trailer for my book
https://www.youtube.com/watch?v=iwNl0...

My first published book is a collection of 22 short stories about misfortune characterized by unexpected final twists at the end of each tale. "With 'Flight of Destiny', I want the reader to squirm at the behavior of some undeniably despicable characters, be charmed by their wit under duress, and be totally drawn into the harrowing world of the oppressed, all while savoring these dark, surrealist stories," says Powell. "'Into this anthology, I have injected my vast accumulation of angst and blended in my warped sense of humor." https://www.facebook.com/flightofdest...