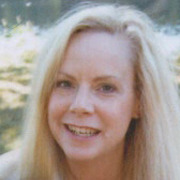 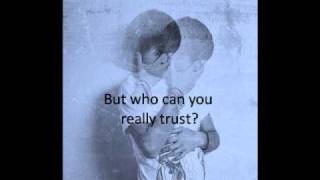 Martha hasn't connected with their friends on Goodreads, yet.

“I am sure that if the devil existed, he would want us to feel very sorry for him.”
― Martha Stout, The Sociopath Next Door
tags: pity, sociopathy
125 likes
Like

“A part of a healthy conscience is being able to confront consciencelessness. When you teach your daughter, explicitly or by passive rejection, that she must ignore her outrage, that she must be kind and accepting to the point of not defending herself or other people, that she must not rock the boat for any reason, you are NOT strengthening her prosocial sense, you are damaging it--and the first person she will stop protecting is herself.”
― Martha Stout, The Sociopath Next Door
tags: feminism, gender-roles, psychology
101 likes
Like

“As a counterpoint to sociopathy, the condition of narcissism is particularly interesting and instructive. Narcissism is, in a metaphorical sense, one half of what sociopathy is. Even clinical narcissists are able to feel most emotions are strongly as anyone else does, from guilt to sadness to desperate love and passion. The half that is missing is the crucial ability to understand what other people are feeling. Narcissism is a failure not of conscience but of empathy, which is the capacity to perceive emotions in others and so react to them appropriately. The poor narcissist cannot see past his own nose, emotionally speaking, and as with the Pillsbury Doughboy, any input from the outside will spring back as if nothing had happened. Unlike sociopaths, narcissists often are in psychological pain, and may sometimes seek psychotherapy. When a narcissist looks for help, one of the underlying issues is usually that, unbeknownst to him, he is alienating his relationships on account of his lack of empathy with others, and is feeling confused, abandoned, and lonely. He misses the people he loves, and is ill-equipped to get them back. Sociopaths, in contrast, do not care about other people, and so do not miss them when they are alienated or gone, except as one might regret the absence of a useful appliance that one has somehow lost.”
― Martha Stout, The Sociopath Next Door
74 likes
Like

And the Waters Turned to Blood by Rodney Barker
3 votes, 6.5%

The Cat Who Came for Christmas by Cleveland Amory
3 votes, 6.5%

The Wild Parrots of Telegraph Hill A Love Story . . . with Wings by Mark Bittner
0 votes, 0.0%
46 total votes
comments and details
Sign in to vote »