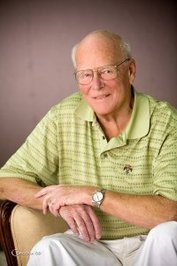 The second in the series published by SterlingHouse Publisher in July 2009 is called Secret Agenda. The third in the series is due out soon and is called Second District.
In that book Barry O'Shea comes to the aid of a movie star turned rancher in southeastern Oregon who gets in legal battles with his congressman and neighbor involving grazing rights, land use problems and ultimately a dramatic con Read more of this blog post »
Like  •  0 comments  •  flag

Jerry Banks said: " This book is amoung Stuart Woods best books. I enjoyed it tremendously. "

A belated thanks for choosing me to be among your friends, Jerry. It may interest you that my book Marvin Clark—In Search of Freedom in now a matching FREE download on Amazon Kindle. Enjoy it while you can. (A little review on Amazon wouldn't hurt either!)
Stan
http://www.amazon.com/Marvin-Clark-Se...

Hi, Beth,
Thanks to you too.
Jerry

Hi Jerry,
Thanks for befriending this fellow Goodreads author!