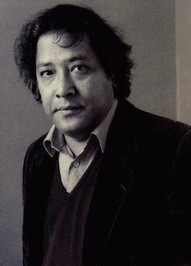 “For Baby, the marriage was a bad one, but it never entered her head that she might complain or refuse to marry Ram. . . . Fortunately, in her eyes what others might have considered an injustice, she considered a law of life.”
― Shiva Naipaul, Fireflies
1 likes
Like

“Divorce of the intellect from body-labour has made of us the shortest-lived, most resourceless and most exploited nation on earth.(This is about Indians - due to caste division).”
― Naipaul Shiva
1 likes
Like

“He had lacked the courage to concede there was truth in what she said. Not the whole truth. Nor the truth he would have described it. He would have liked to explain that the compassion he felt for her – and the tender pity to which it gave rise – were for him indistinguishable from what was commonly called love. He would have liked to explain that he was not capable of loving in any other way. For, if compassion and tender pity did not create love – what did? If they weren’t good enough – what was? There were, no doubt, other ways of loving; but they were beyond his reach. One person’s love for another, he would have liked to tell her, is always unique. People can only do what they can; be what they are.”
― Shiva Naipaul, A Hot Country:
tags: love
0 likes
Like