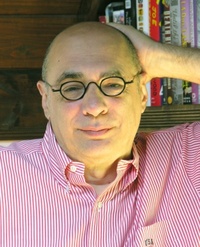 Toy Monster: The Big Bad World of Mattel was published on Feb 3 2009 and his latest book (as of Aug 2, 2009), will be about Bernie Madoff, titled Madoff with the Money. Both published by John Wiley & Sons, Inc.

In addition to being a biographer he has also worked in several different capacities as a journalist, including as an investigative reporter and a producer of television news programs and documentaries.

· 4,920 ratings · 629 reviews · 13 distinct works • Similar authors
More books by Jerry Oppenheimer…
Quotes by Jerry Oppenheimer  (?)
Quotes are added by the Goodreads community and are not verified by Goodreads. (Learn more)
“If anyone could get Runaway Bay up and running in terms of marketing and advertising, it was Sale Frey, a jock from a prominent Jewish St. Louis family who did her job as aggressively as she attacked opponents on the tennis courts at college. Sale’s job was to shepherd Woody and Spielvogel’s account, coordinating everything to make sure it would all happen, which she did, and Woody was duly impressed with her professionally and personally. Tobin, however, was somewhat surprised that Woody had fallen for her, at least the physical aspect. “She was not a knockout,” in Tobin’s eyes. “She put herself together, and she always dressed nicely, but she was kind of tomboyish. Today one might think she was a lesbian, but she liked guys. She was in her twenties and I was in my thirties, but I never thought of her as very attractive. She appealed to Woody because she had that look that he had been programmed to like. I thought he was a better-looking man than Sailee was a woman.” Beauty, however, is in the eye of the beholder, and Spielvogel takes credit for being the first”
― Jerry Oppenheimer, Crazy Rich: Power, Scandal, and Tragedy Inside the Johnson & Johnson Dynasty
0 likes
Like

“For a time Jerry toyed with appearing in another improvisational play called Story Theater, in which he and Carbone considered and rehearsed singing Frankie Avalon’s hit Venus, but changing the key lyric to “penis.”
― Jerry Oppenheimer, Seinfeld: The Making of an American Icon
0 likes
Like

“Vogue takes the creativity of fashion seriously. It takes its readers' love of clothes seriously. A woman who just adores shoes is very easily mocked, but the magazine doesn't do that. They say, 'You know what? You love shoes, we love shoes, and there's nothing wrong with loving shoes. - Robin Givhan”
― Jerry Oppenheimer, Front Row: Anna Wintour: The Cool Life and Hot Times of Vogue's Editor in Chief
0 likes
Like

Is this you? Let us know. If not, help out and invite Jerry to Goodreads.