,
Discover new books on Goodreads
See if your friends have read any of Yuyi Morales's books 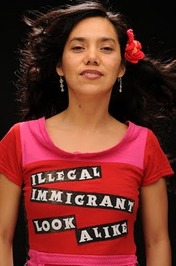 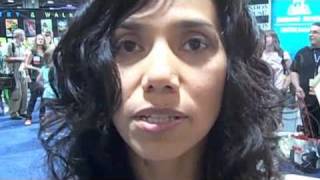 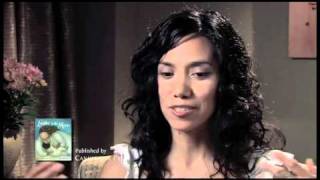 Website
http://www.yuyimorales.com/
Member Since
June 2013
edit data
Yuyi Morales is the illustrator of Kathleen Krull’s Harvesting Hope: The Story of Cesar Chavez, whose accolades include a Pura Belpré Award and a Christopher Medal, as well as the Pura Belpré Award-winning Los Gatos Black on Halloween by Marisa Montes. Born and raised in Mexico, she now lives in northern California.

Watsonville, California.
School windows open to the land
And the skies
Drawings of monarch butterflies
Fly through the hallways
I am there to read to the children

A teacher tells me “Esta escuela habla español”
That every child there
Is brought each morning
By their Spanish speaking familia migrante.
For a moment she smiles
But then she says
People are afraid

More of Yuyi's books…
Quotes by Yuyi Morales  (?)
Quotes are added by the Goodreads community and are not verified by Goodreads. (Learn more)
“Someday we will become something we haven't even yet imagined.”
― Yuyi Morales, Dreamers
7 likes
Like

“Someday we will become
something we haven't even
yet imagined.”
― Yuyi Morales
0 likes
Like

“It is necessary for the oppressors to approach the people in order, via subjugation, to keep them passive. This approximation, however, does not involve being with the people, or require true communication. It is accomplished by the oppressors' depositing myths indispensable to the preservation of the status quo: for example, the myth that the oppressive order is a "free society"; the myth that all persons are free to work where they wish, that if they don't like their boss they can leave him and look for another job; the myth that this order respects human rights and is therefore worthy of esteem; the myth that anyone who is industrious can become an entrepreneur--worse yet, the myth that the street vendor is as much an entrepreneur as the owner of a large factory; the myth of the universal right of education, when of all the Brazilian children who enter primary schools only a tiny fraction ever reach the university; the myth of the equality of all individuals, when the question: "Do you know who you're talking to?" is still current among us; the myth of the heroism of the oppressor classes as defenders of "Western Christian civilization" against "materialist barbarism"; the myth of the charity and generosity of the elites, when what they really do as a class is to foster selective "good deeds" (subsequently elaborated into the myth of "disinterested aid," which on the international level was severely criticized by Pope John XXIII); the myth that the dominant elites, "recognizing their duties," promote the advancement of the people, so that the people, in a gesture of gratitude, should accept the words of the elites and be conformed to them; the myth of private property as fundamental to personal human development (so long as oppressors are the only true human beings); the myth of the industriousness of the oppressors and the laziness and dishonesty of the oppressed as well as the myth of the natural inferiority of the latter and the superiority of the former.”
― Paulo Freire, Pedagogy of the Oppressed
7 likes
Like