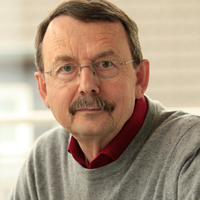 Wolfgang Streeck isn't a Goodreads Author (yet), but they do have a blog, so here are some recent posts imported from their feed.

“Higher taxes to bring down public debt would also put to rest the tawdry rhetoric according to which ‘we’ should not live at the expense of ‘our children’ – when the real problem is that the ‘better-off’ live at everyone else’s expense by largely avoiding the social costs involved in the upkeep of their hunting grounds.”
― Wolfgang Streeck, Buying Time: The Delayed Crisis of Democratic Capitalism
8 likes
Like

“For the decline of capitalism to continue, that is to say, no revolutionary alternative is required, and certainly no masterplan of a better society displacing capitalism. Contemporary capitalism is vanishing on its own, collapsing from internal contradictions, and not least as a result of having vanquished its enemies - who, as noted, have often rescued capitalism from itself by forcing it to assume a new form. What comes after capitalism in its final crisis, now underway, is, I suggest, not socialism or some other defined social order, but a lasting interregnum - no new world system equilibrium a la Wallerstein, but a prolonged period of social entropy or disorder (and precisely for this reason a period of uncertainy and indeterminacy). It is an interesting problem for sociological theory whether and how a society can turn for a significant length of time into less than a society, a post-social society as it were, or a society lite, until it may or may not recover and again to become a society in the full meaning of the term.”
― Wolfgang Streeck, How Will Capitalism End? Essays on a Failing System
tags: end-times
7 likes
Like

“Before capitalism will go to hell, then, it will for the foreseeable future hang in limbo, dead or about to die from an overdose of itself but still very much around, as nobody will have the power to move its decaying body out of the way.”
― Wolfgang Streeck, How Will Capitalism End? Essays on a Failing System
tags: capitalism
6 likes
Like


Is this you? Let us know. If not, help out and invite Wolfgang to Goodreads.