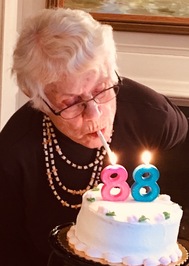 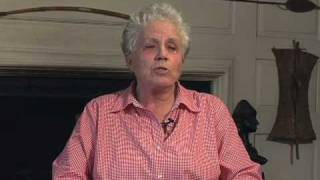 Born
in The United States
January 01, 1931
Genre
Social Sciences, Historical Fiction
edit data
Elizabeth Marshall Thomas is the author of The Harmless People, a non fiction work about the Kung Bushmen of southwestern Africa, and of Reindeer Moon, a novel about the paleolithic hunter gatherers of Siberia, both of which were tremendous international successes. She lives in New Hampshire.

“I saw that animals were important. I saw that plants were even more important. I was also to learn that compared to many of the other species, we weren't important at all except for the damage we do. We do not rule the natural world, despite our conspicuous position in it. On the contrary, it is our lifeline, and we do well to try to understand its rules.”
― Elizabeth Marshall Thomas, The Hidden Life of Deer: Lessons from the Natural World
tags: animals, nature, plants
21 likes
Like

“We had lived in savannah for a million years. During that time the world got warm again and wetter, and some of the rain forest returned. But for us it was too late. By then we knew how to live only on the savannah.
We could still climb trees, but we did not go back.”
― Elizabeth Marshall Thomas, The Old Way: A Story of the First People
1 likes
Like

“Then, too, the Ju/wa men had an inherent, almost natural bravery that everyone took entirely for granted. They hunted the world’s most dangerous game with quarter-ounce arrows, they stood off lions and dealt with strangers, all without a shred of the bravado or machismo that so characterizes the men of other societies, including ours. The Ju/wa men simply did what men do without making anything of it, and didn't even think of themselves as brave.”
― Elizabeth Marshall Thomas, The Old Way: A Story of the First People
tags: bravery, bushmen, courage, hunter-gatherers, ju-hoansi, ju-wasi, zhu-wasi
0 likes
Like

Is this you? Let us know. If not, help out and invite Elizabeth to Goodreads.