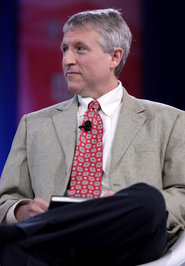 He is executive director of The Center for Vision & Values, a Grove City College think-tank/policy center.

Kengor has focused much of his work on Ronald Reagan, faith and the presidency, conservative politics, the Cold War, the communist movement, and Catholicism.

· 2,688 ratings · 402 reviews · 23 distinct works • Similar authors
More books by Paul Kengor…
Quotes by Paul Kengor  (?)
Quotes are added by the Goodreads community and are not verified by Goodreads. (Learn more)
“In 1999, The Black Book of Communism endeavored to attempt the impossible task of tabulating a Marxist-Leninist death toll in the twentieth century. It came up with a figure approaching 100 million. Here is the breakdown:

“The people who influence our presidents matter.”
― Paul Kengor, The Communist
3 likes
Like

“These liberals were prey, typically made vulnerable by their misplaced trust in the far left. They mistakenly saw American Communists as their friends and as simply another group of citizens practicing civil liberties in a democratic society based on First Amendment freedoms. Most liberals, obviously, were not themselves Communists, but in sharing the left portion of the ideological spectrum, they shared with the Communists many key sympathies: workers’ rights, the redistribution of wealth, an expansive federal government, a favoring of the public sector over the private sector, class-based rhetoric (often demagoguery)”
― Paul Kengor, Dupes: How America's Adversaries Have Manipulated Progressives for a Century
2 likes
Like