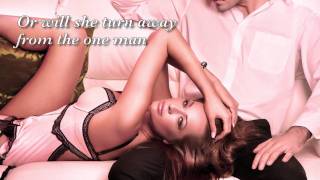 Hi everyone,
Since I also write as Eden Bradley, my blog feed won't work here-Goodreads will only allow 1 author name per blog feed, apparently. I hope you'll all visit my Eden/Eve blog to see my news and ramblings: http://edenbradley-eveberlin.com/
Eve/Eden :)
2 likes · Like  •  0 comments  •  flag

“As much as I'm enjoying it there's always this small voice in my head telling me not to give up control.”
― Eve Berlin, Temptation's Edge
tags: control-issues
6 likes
Like

“She saw it in her mind's eye like a movie playing, the haunting memories from her childhood she couldn't seem to shake blending together into one raw, aching image. Her mother lying in a darkened room for days, her face swollen with tears. The inevitable ashtray overrun with ashes, the acrid scent of pot smoke in the air. The bed or couch or futon may have been different from year to year as Evie moved them around from apartment to commune to funky cottage, but her mother was always the same. Falling hard for some man, immersing herself in romantic fantasies that were crushed when the guy left. And the guy always left. Her mother's inability to get a grasp on reality had too often left Mischa to care for her younger sister, to care for her mother, from too young an age. She remembered shaking Evie awake, trying to get her to eat. To get up and take a shower, take her and Raine to school. No kid should have to do that. No kid should have to witness the way Evie had allowed herself to be ravaged by love. No woman should allow that to happen.”
― Eve Berlin, Temptation's Edge
tags: bad-parenting, childhood-memory, depressing, sad
5 likes
Like

“A woman has to live her life, or live to repent not having lived it.”
― D.H. Lawrence, Lady Chatterley's Lover
tags: life, living, philosophy, women
4726 likes
Like

Rae Carson
author of
The Girl ...

Tiffany Reisz
author of
The Siren

Karen Erickson
author of
Game for ...

Crystal Jordan
author of
On The Prowl