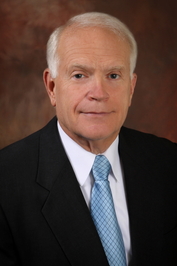 As readers of this space know, I agonized over the 2016 election as a gamble between a largely unknown but troubling personality vs. policies which I believed would harm our country. I took the gamble on Trump’s personality, largely persuaded by my beliefs on abortion and his approach to rebalancing our judicial system. Now it’s […]
View more on Parker Hudson's website »
Like  •  0 comments  •  flag

“There were now two angels, which were all that the late prayer cover could provide, and they were doing their best to grab and to destroy the demons who were still trying to get inside. But unfortunately, two angels were no match of the hundreds of demons who had already flooded the hall under Balzor's orders. Although individual demons were no match for one of God's angels, in large numbers, the advantage was turned, and in tight quarters a swarm of demons could drive away an angel with thousands of sharp bites. So the two angels had to remain outside, and the grand ballroom where Fuller would soon speak was sadly almost as dark as midnight. Only the flames burning inside the many Christian men seated at the tables illuminated any of the eternal players in the ballroom. (pg. 62)”
― Parker Hudson, On the Edge: A Novel of Spiritual Warfare
0 likes
Like

“Richard's answer might have been perfect for an intellectual debate among adults, but unfortunately it was not really what Tommy needed or wanted to hear right then. He yearned for his father to say something definite, so he could hold on to some fixed point in his rapidly spinning social world. Unknowingly, Richard had given the worst answer he could for his fourteen-year-old son. He had thrown the issue back on Tommy to decide, and Tommy on his own was no match for the forces aligned against him. (pg. 97)”
― Parker Hudson, On the Edge: A Novel of Spiritual Warfare
0 likes
Like

“Here, sit down, and let me answer your question. God wants to have a relationship with you through His Son. In business, Richard, I know you tell us here in the firm to develop relationships with influential people and with clients. How do we do that?'
'Well,' Richard answered, 'we spend time with them, get to know everything we can about them, talk to them, listen to them, try to figure out what's important to them . . . All of that builds the relationship' (pg. 236)”
― Parker Hudson, On the Edge: A Novel of Spiritual Warfare
0 likes
Like