Discover new books on Goodreads
See if your friends have read any of Evan S. Connell's books 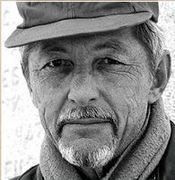 “ She was not certain what she wanted from life, or what to expect from it, for she had seen so little of it, but she was sure that in some way - because she willed it to be so - her wants and her expectations were the same.
For a while after their marriage she was in such demand that it was not unpleasant when he fell asleep. Presently, however, he began sleeping all night, and it was then she awoke more frequently, and looked into the darkness, wondering about the nature of men, doubtful of the future, until at last there came a night when she shook her husband awake and spoke of her own desire. Affably he placed one of his long white arms around her waist; she turned to him then, contentedly, expectantly, and secure. However, nothing else occurred, and in a few minutes he had gone back to sleep.
This was the night Mrs. Bridge concluded that while marriage might be an equitable affair, love itself was not.”
― Evan S. Connell, Mrs. Bridge
7 likes
Like

“Her first name was India-she was never able to get used to it.”
― Evan S. Connell, Mrs. Bridge
tags: first-sentence
5 likes
Like

“He remembered enthusiasm, hope, and a kind of jubilation or exultation. Cheerfulness, yes, and joviality, and the brief gratification of sex. Gladness, too, fullness of heart, appreciation, and many other emotions. But not joy. No, that belonged to simpler minds.”
― Evan S. Connell, Mr. Bridge
5 likes
Like

What work of fiction would you like to read with the group in June 2017?