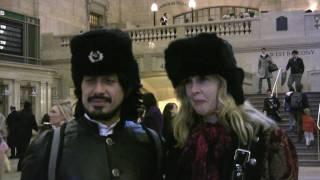 In Memory of Troy Davis

I was driven to post this in memory of Troy Davis -- and also in anger, in sadness, in intellectual disgust and moral horror. Davis, who was black, was executed just after 11:00 last night for the 1989 murder of white police officer Mark MacPhail.  That execution took place despite massive "reasonable doubt" about Davis's guilt, and despite clear evidence of police corruption or incompetence.

“To err is to wander and wandering is the way we discover the world and lost in thought it is the also the way we discover ourselves. Being right might be gratifying but in the end it is static a mere statement. Being wrong is hard and humbling and sometimes even dangerous but in the end it is a journey and a story. Who really wants to stay at home and be right when you can don your armor spring up on your steed and go forth to explore the world True you might get lost along get stranded in a swamp have a scare at the edge of a cliff thieves might steal your gold brigands might imprison you in a cave sorcerers might turn you into a toad but what of what To fuck up is to find adventure: it is in the spirit that this book is written.”
― Kathryn Schulz, Being Wrong: Adventures in the Margin of Error
tags: adventure, error, life
47 likes
Like

“Our love of being right is best understood as our fear of being wrong”
― Kathryn Schulz
tags: being-wrong, philisophical, psychology
30 likes
Like

“...[W]hen we make mistakes, we shrug and say that we are human. As bats are batty and slugs are sluggish, our own species is synonymous with screwing up.”
― Kathryn Schulz, Being Wrong: Adventures in the Margin of Error
tags: mistakes-humanity
17 likes
Like