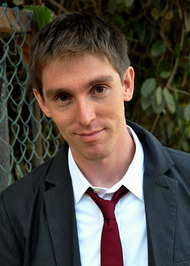 “I don't need no Smith and Wesson, man, I got Merriam and Webster.”
― Avi Steinberg, Running the Books: The Adventures of an Accidental Prison Librarian
tags: autobiography, reading
26 likes
Like

“I think you’re more an archivist than a librarian,” he said.

He told me that archivists and librarians were opposite personas. True librarians are unsentimental. They’re pragmatic, concerned with the newest, cleanest, most popular books. Archivists, on the other hand, are only peripherally interested in what other people like, and much prefer the rare to the useful.

”They like everything,” he said, “gum wrappers as much as books.” He said this with a hint of disdain.

”Librarians like throwing away garbage to make space, but archivists,” he said, “they’re too crazy to throw anything out.”

”Can we still be friends?”
― Avi Steinberg, Running the Books: The Adventures of an Accidental Prison Librarian
tags: librarians, librarianship
10 likes
Like

Sharon Pywell
author of
The Roman...