Discover new books on Goodreads
See if your friends have read any of William T. Prince's books 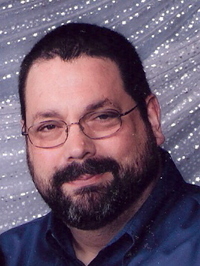 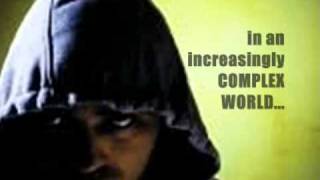 Born
The United States
Website
http://www.williamtprince.com
Genre
Literature & Fiction
Influences
Russell Banks, John Irving, Ron McLarty, Wally Lamb Russell Banks, John Irving, Ron McLarty, Wally Lamb ...more
edit data
Born and raised in the Lone Star State, Will Prince moved to Oklahoma, Maryland, Virginia, West Virginia, and Pennsylvania before returning home to his native Texas. He holds a bachelor’s degree in criminal justice and sociology from Cameron University and a master’s in criminal justice and psychology from Radford University, and his career includes stints in private security, law enforcement, and college teaching. Will has been a Certified Protection Professional (Board Certified in Security Management) since 1996 and was recently granted lifetime status. He lives near Houston with his wife, twin daughters, and two dogs. His novels include The Legend of Sasquatch (2008) and The Education of Clint Buchanan (2012).

William T. Prince isn't a Goodreads Author (yet), but they do have a blog, so here are some recent posts imported from their feed.

Quotes by William T. Prince  (?)
Quotes are added by the Goodreads community and are not verified by Goodreads. (Learn more)
“Hulk sat there silently for a moment, playing with the empty shot glass in his hand. “Well, I love you, too,” Hulk mumbled quietly as he quickly stood and walked toward the kitchen, put the shot glass in the sink, and went to his bedroom. Clint watched in amazement as the big cop left the room. Even though he knew it to be true, Clint was shocked that Hulk had actually said it. As he sat there letting it sink in, he felt a single tear roll down each cheek. Little did Clint know that in Hulk’s bedroom, the tears were flooding the big man’s eyes as he buried his face in his pillow and bawled as he hadn’t done since he was a boy.”
― William T. Prince, The Education of Clint Buchanan
0 likes
Like

“As the young husband and wife lay in each other’s arms, each contemplating past, present, and future, Clint recognized the music as the adagietto from Gustav Mahler’s fifth symphony. It was one of the most famous movements in the entire symphonic repertoire, but it was also one of the most debated. Mahler ostensibly composed the adagietto as a love song to his wife, Alma, but when played at the much slower tempo preferred by many conductors, the music instead evokes a feeling of profound melancholy. After almost eighty years, musicologists and aficionados still couldn’t agree whether the music was supposed to be happy or sad, whether it was an expression of intense love and devotion or of unmitigated despair. Clint was struck by the irony that this music would be playing at this moment in his life, and his mouth curled into an ambivalent smile. Was he happy? Was he sad? Would he ever again be certain?”
― William T. Prince, The Education of Clint Buchanan
0 likes
Like

“A man was dead, and that is no small matter. Regardless of circumstances, no matter the justification, anyone who can cause the death of another human being and not feel some ambivalence about it is one sick bastard. Normal, compassionate people just can’t feel good about killing and dying, even when killing and dying are necessary.”
― William T. Prince, The Legend of Sasquatch
0 likes
Like


Is this you? Let us know. If not, help out and invite William to Goodreads.