,
Discover new books on Goodreads
See if your friends have read any of Angus Konstam's books 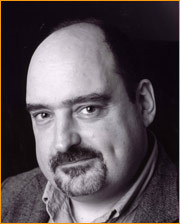 4.50 avg rating — 10 ratings
More series by Angus Konstam…
Quotes by Angus Konstam  (?)
Quotes are added by the Goodreads community and are not verified by Goodreads. (Learn more)
“Above all else, the sinking of Force Z demonstrated that the dominance the battleship had enjoyed in naval warfare had finally come to an abrupt end. For almost half a century, the battleship had reigned supreme as the arbiter of victory at sea. Throughout its life the torpedo had been a relatively ineffective weapon, and one which could be countered with relative ease, but which was now becoming increasingly effective when used by destroyers and submarines. Also, a new generation of aircraft had entered service which had the speed, capacity and agility to launch highly effective torpedo attacks. The torpedo bomber was a weapon that had finally come of age. What this battle demonstrated was that relatively cheap, mass-produced aircraft, if flown with skill and daring, and used in sufficient numbers, could prove more than a match for a hugely expensive battleship. So, 10 December 1941 marked a real historical milestone. In geopolitical terms, the sinking of Force Z signalled the imminent end for the British defence of Singapore – its surrender to the Japanese in turn marking the start of the disintegration of the British Empire. In the field of military and naval history, that date marked something of equally momentous importance. It was the day when the battleship ceased to be the dominant arbiter of naval power. In effect, 10 December 1941 marked the death of the battleship.”
― Angus Konstam, Sinking Force Z 1941: The day the Imperial Japanese Navy killed the battleship
0 likes
Like

Is this you? Let us know. If not, help out and invite Angus to Goodreads.