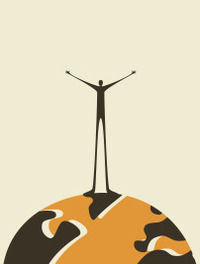 Website
http://www.grahamparke.com
Genre
Humor, Mystery & Thrillers, Literature & Fiction
Influences
Faltering sunlight and boredom
Member Since
December 2009
edit data
Forewords Book of the Year winner, Kirkus Indie Best-Lister, EPIC, IBA, and NY Literary Magazine finalist, Graham Parke is responsible for a number of bewildering publications and has recently attempted to patent a self-folding map. He has been described as both a humanitarian and a pathological liar. Convincing evidence to support either allegation has yet to be produced.

The award winning "NoHope universe" series is his fiction debut.

Forewords Book of the Year winner, Kirkus Indie Best-Lister, EPIC, IBA, and NY Literary Magazine finalist, Graham Parke is responsible for a number of bewildering publications and has recently attempted to patent a self-folding map. He has been described as both a humanitarian and a pathological liar. Convincing evidence to support either allegation has yet to be produced.

The award winning "NoHope universe" series is his fiction debut.

Imagine traveling the 27 catrillion million light-years to earth without a single problem, then turning on the landing lights way too early and scaring the inhabitants of several major cities – already the people of earth were talking up a storm about those ‘strange lights in the sky’.

Not the best way to start a stealth interplanetary mission.

But this was exactly what Gryx had done

Camden-John and the Microvortex (Humor)
1 chapters   —   updated May 13, 2015 06:31PM
Description: The weird and officially unexcepted tale of how Camden-John and I met.
No Hope for Gomez! (Mystery & Thrillers)
1 chapters   —   updated Mar 27, 2010 08:30AM
Description: Gomez Porter is many things; a reluctant antiques dealer, an experimental drug trail participant, a stalker-stalker (someone who stalks other stalkers), but now he has become a fugitive as well. Exactly who is after him, he isn't sure. He decides to help the police infiltrate the drug trail, as many of its participants are going missing. But when the chief investigator himself disappears, Gomez decides it's best to strike out on his own. Hounded by a meddling neighbor, a phone-sex salesman (someone who… no idea), and a crazed stalker, he tries to stay alive long enough to discover the truth behind the mysterious events in his life. Oh yeah, and there's also a nurse with big boobs!
Sunday Brunch (Humor)
1 chapters   —   updated Mar 18, 2010 02:08AM
Description: A strange thing happens when John visits his parents.

“I'm very polite by nature, even the voices in my head let each other finish their sentences.”
― Graham Parke, Unspent Time
tags: humor, philosophy, weird
263 likes
Like

“Instead of heading for a big mental breakdown, I decided to have a small breakdown every Tuesday evening.”
― Graham Parke, No Hope for Gomez!
tags: breakdown, funny, humor, mental, philosophy, quirky
129 likes
Like

“I'm looking into my past lives. I'm convinced some of them still owe me money.”
― Graham Parke, Unspent Time
tags: humor, philosophy, weird
119 likes
Like

“I'm looking into my past lives. I'm convinced some of them still owe me money.”
― Graham Parke, Unspent Time
tags: humor, philosophy, weird
119 likes
Like

“Sadly, my socks are like snowflakes, no two are exactly alike.”
― Graham Parke
tags: humor, science
67 likes
Like

“I'm very polite by nature, even the voices in my head let each other finish their sentences.”
― Graham Parke, Unspent Time
tags: humor, philosophy, weird
263 likes
Like

“I didn't want to do it,' Kiala said. 'The universe just kind of conspired to force me to make a fool of myself. It does that quite a lot, actually.”
― Graham Parke, Unspent Time
tags: humor, philosophy, weird
26 likes
Like

“Mathematicians finally developed a financial model to accurately compare apples and oranges. Any two kinds of fruit can be compared, although guavas still cause minor rounding errors.”
― Graham Parke, No Hope for Gomez!
tags: humor, philosophy
21 likes
Like

Authors Society — 663 members — last activity Jul 28, 2020 07:30AM
This group is for writers to plug their books. It is also for readers who are searching for new books to read. Come join us!

Thanks for the add ~ looking forward to reading your books! Happy reading :)

No problem. Looking forward to read No Hope when I get the time. :)

hello there, it's nice to have you as well :)

Hello Graham,
Thanks for the invite.
Cris :)

Snorii wrote: "Where can I get Random Acts of Senseless Kindness?

Random acts is a free give-away for those buying the novels ;) Blogspot contains the instructions.

Where can I get Random Acts of Senseless Kindness? The url seems to be broken.

Thanks Graham :)
I had the honor

2 right arms? what? where did that come from? lol :D


No way, it's real! I would sell my right arm to get a scoop of that! (I happen to have two right arms, so it isn't that much of a sacrifice...) 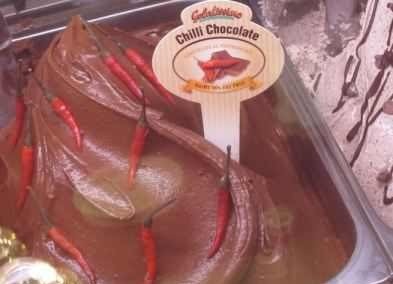 Thank you for befriending me:)

Hi, thanks for your nice message and for befriending me! Have a great day!

Thanks for the friend request and the link. 'No Hope for Gomez!' is definitely still on my 'to read'-list.

Thanks for the friend request :)

Thank you for adding me! =)

Thanks so much for friending me!

Thank you for the friend request and I still hope to read 'No Hope for Gomez!' one day. Thanks for the link to extracts. :3

thanks for the add :D i look forward to reading your books one day. happy writing!

thanx SO MUCH for the add, and the chapters :)))

and for the friend request too..:)

Thanks for the add!
At the computer just at the right time.
Thanks also for the email, I plan to read the book myself =)

Thanks for the add :) I'm looking forward to reading your book soon! I'm just finishing a book now then moving onto Gomez = D

Hi Graham! Thank you for the add :) I look forward to reading your book. Soon, I hope. Gomez seems like an interesting guy to get to know ;)

Thanks for the friend invite! I do intend to locate a copy of "No Hope for Gomez" to read. Sounds funny and twisted, which just happens to be my favorite combo, in books and sometimes life!

The synopsis of the book makes it sound like great fun, which is surprising since it would normally be describing a plot for a gorefest type book. I would love to be able to read it and review to see if it lives up to the feel of the description on Good Reads

Thanks, man! My interest is about books that are not so common here in Brazil. Here we have just best-sellers and classics, although, a lot of wonderful national authors. :]

Thanks for the friend invite. Your book looks like an intersting mix of thriller and humor. I look forward to reading it.

thankyou for the invite Graham!! And as soon as I can get my hands on a copy of No hope for Gomez I will deffinitely read it. I have been wanting to read it for a while now!

Good luck with all your success!!

Hey Graham!
Tnx for the invite.
Greetings from Croatia.
I'd love to read your book, the summary is sooo interesting and twisted, my kind of thing :)(:

Hey Graham!
Thanks for the friendvite (:

Your book sounds really interesting, just the right amount of weirdness. Too bad I didn't win it though. Where are you from?

Thanks for the friend request. I do like several of your quotes!

Hi Graham, thanks for the friendvite. Nice to meet you. My profile pic was taken last March on Phi Phi Islands (location of Leonardo Di Caprio's "The Beach"). Really beautiful!! It was destroyed by the tsunami in 2004, but is being restored right now. Arzu

Hey Graham, thanks for the friend invite. I've been to the Netherlands once and I loved it. I wish I could go back, but there are still many new places to visit around the world. :)

Thanks for the add :)
What was that about guavas though?

Thank you for the friend request. I'm looking forwards to reading No Hope for Gomez!

Heya! I love dutch chocolate! great to have you on goodreads.

Hi Graham. Thanks a lot. I'll almost definitely pick it up one of these days - it does look interesting. Thanks for letting me know about the site!

Hi Graham! Thanks for the friend request!
Pleasure to meet you :)

Thanks for the friend request. No Hope For Gomez sounds very interesting, I'm looking foward to reading it!

Pleasure to meet you.

Hey, thanks for the friend request! Your book looks extremely interesting, I hope I get to read it. :)