,
Discover new books on Goodreads
See if your friends have read any of Sharon Pomerantz's books 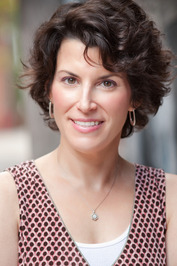 More of Sharon's books…
Quotes by Sharon Pomerantz  (?)
Quotes are added by the Goodreads community and are not verified by Goodreads. (Learn more)
“But when he saw Gwendolyn's father, he immediately knew that he was Jewish, in the way that Jews recognize each other, as if with a sixth sense.”
― Sharon Pomerantz, Rich Boy
tags: jewish
3 likes
Like

“I don't mean to smear our people, but honestly, sometimes I thought the Jews were the worst. Not all, but you know the ones I'm talking about - they weren't like the kids in Oxford Circle, that’s for sure. You sent me off totally fucking unprepared, brother. Not a word of warning. Their doctor and dentist parents worked their way through school, but now they want their babies to go in style. They send them stereos and cars and blank checks. And those were the hippies! Running around in their flowing clothes, their noses surgically tilted in the air! Talking about oppression and the common man, and running off to volunteer at some job, calling it righteous because they don’t have to earn money. Or my favorite, going to summer camp until they’re like forty-five. You’re not a socialist because you sleep in a log cabin and dance in a circle! And who are they angry at, really angry at? Not the Man – they wouldn’t know the Man if he froze their Bloomingdale’s charge cards. No, they’re angry at their parents! The people who fund all this in the first place. If they don’t want their parents, send them my way. I’ve been looking all my life for someone to wipe my ass and pay my bills.”
― Sharon Pomerantz, Rich Boy
tags: jewish, jews
1 likes
Like

“But when he say Gwendolyn's father, he immediately knew that he was Jewish, in the way that Jews recognize each other, as if with a sixth sense.”
― Sharon Pomerantz, Rich Boy
tags: jewish
0 likes
Like

Yes, it was a very wise person (and perhaps a writer) who put that fortune in that cookie.

Happy New Year, Reena; we must all "work on."
xx,
Sharon

What an astounding quote to find in a fortune cookie.
Love it.... Reena