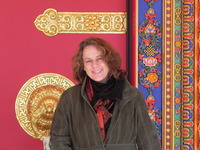 “In this beautiful book, Julie Tallard Johnson--a gifted teacher and writer--brings fresh insight to an ancient truth: each of us must live from the inside out. This book--full of resources that range from heart-deep insight to helpful, practical exercises--can help us reclaim the treasure-trove of our own experience and being.”
Parker J. Palmer, author of Healing the Heart of Democracy, Let Your Life Speak, and The Courage to Teach

“In this resource-rich book of practical wisdom and wise practices, Julie Tallard Johnson offers readers multidimensional insights, inspiration, and skills for living with greater authenticity, creativity, and happiness. Integrating science, spirituality, and art in an engaging Praise for The Zero Point Agreement

“In this beautiful book, Julie Tallard Johnson--a gifted teacher and writer--brings fresh insight to an ancient truth: each of us must live from the inside out. This book--full of resources that range from heart-deep insight to helpful, practical exercises--can help us reclaim the treasure-trove of our own experience and being.”
Parker J. Palmer, author of Healing the Heart of Democracy, Let Your Life Speak, and The Courage to Teach

“In this resource-rich book of practical wisdom and wise practices, Julie Tallard Johnson offers readers multidimensional insights, inspiration, and skills for living with greater authenticity, creativity, and happiness. Integrating science, spirituality, and art in an engaging and deeply thoughtful approach to becoming who you already are, this gifted teacher demonstrates how each of us can create more meaning and joy in our lives--in ourselves, in the world around us, and for our power to create and shape the stories we tell ourselves and others.”
Amber Ault, Ph.D., clinical sociologist and psychotherapist

“In The Zero Point Agreement, Julie Tallard Johnson intelligently presents elegantly simple yet remarkably powerful practices for personal and societal transformation. Through the masterful weaving of teaching stories that touch the heart and inspire, she helps foster the development of an authentic identity. This is what our children, our families, our communities, and the land need.”
Corinna Stevenson, ecopsychologist and creator of Dragonfly Healing

“Julie Tallard Johnson’s The Zero Point Agreement is full of wisdom. We are invited to challenge our beliefs, habits, and assumptions and make ourselves vulnerable so that we can easily access the truth within our lives and experiences. Julie teaches us that by becoming our own meaning maker, we transform ourselves and the world in which we live. A true gift!”
Amy DeLong, M.D., Ho-Chunk Nation Department of Health

“I was captivated by Julie Tallard Johnson’s accessible treatise on how we are all charged with making meaning in our daily lives. I found The Zero Point Agreement dazzling because it is so packed with actual, practical wisdom. I can honestly say it has already changed my life.”
Meg Cox, author of The Book of New Family Traditions

“I love that the big beautiful zero is a central tenet of this book. What I see is a big round open door through which we can all walk on our journey toward wholeness. It’s a journey with no destination, of course, since wholeness is not a place as much as a perspective, ever-shifting. Put on your dancing shoes; this is not a book to be read propped up in your La-Z-Boy!”
Claudia Schmidt, singer-songwriter

“The Zero Point Agreement offers a clear, practical path to taking control of what you are able to and living the life you want to live.”
Dinty W. Moore, author of The Mindful Writer: Noble Truths of the Writing Life

“Julie Tallard Johnson’s The Zero Point Agreement is a brilliant resource for deep and lasting change. I have used the zero point agreement in my own life and have shared it with clients and students. It is not another pie-in-the-sky promise of change. It is straightforward and effective.”
Tamar Zick, LPC, RYT, licensed psychotherapist and registered yoga teacher

“What a generous, wise, and useful book this is! Each chapter is so filled with quotes, anecdotes, hands-on exercises and more that help and inspire us to fully claim our own lives. There’s enough here to guide and inform you for many years to come.”
Ruth L. Schwartz, Ph.D., award-winning poet, and author of Soul on Earth: A Guide to Living & Loving Your Human Life

“A delightful companion for those of us seeking greater levels of balance, meaning, and joy--this book offers many gems of inspiration as well as the welcomed reminder that the journey toward wholeness always begins within.”
Karen Horneffer-Ginter, Ph.D., author of Full Cup, Thirsty Spirit 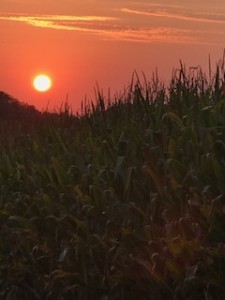 I tend to write more from my life than about my life. Journal writing is a way to be in conversation with all that is going on around us and inside of us. That’s one reason I don’t leave home without a field notebook. Often my blogs (as you have likely come to realize) are about what is happening right now, what I’m figuring out or encountering at this time. This is how I’ve written most of my boo

More of Julie's books…
Quotes by Julie Tallard Johnson  (?)
Quotes are added by the Goodreads community and are not verified by Goodreads. (Learn more)
“Sometimes our blessings are limited. There is a tangible poverty that surrounds us. We are not offered an obvious tapestry of choices. Still, even when the choices seem bleak between a tiger’s teeth or deadly fall -- every moment offers up some third options (the true potentiality within the situation), and it is in our choices (conscious or not) that a future harvest depends.”
― Julie Tallard Johnson, The Zero Point Agreement: How to Be Who You Already Are
2 likes
Like

“There’s nothing complicated or expensive about living purposefully and meaningfully. And we don’t have to travel to some exotic place to “find ourselves,” or to make a difference. The most effective practices that afford us the most happiness and meaning are done within the context of our daily lives. This is the premise of all my work – bringing our ideas and practices into our daily life. The place we make a real difference is within our own personal lives.”
― Julie Tallard Johnson, The Zero Point Agreement: How to Be Who You Already Are
1 likes
Like

“We can’t change the past. But we will keep repeating it if we continue to live by the beliefs and agreements set in response to past events.”
― Julie Tallard Johnson, Wheel of Initiation: Practices for Releasing Your Inner Light
tags: inspirational
1 likes
Like

“Make your own Bible. Select and collect all the words and sentences that in all your readings have been to you like the blast of a trumpet.”
― Ralph Waldo Emerson
tags: spirituality
3415 likes
Like

“BAD PEOPLE
A man told me once that all the bad people
Were needed. Maybe not all, but your fingernails
You need; they are really claws, and we know
Claws. The sharks—what about them?
They make other fish swim faster. The hard-faced men
In black coats who chase you for hours
In dreams—that’s the only way to get you
To the shore. Sometimes those hard women
Who abandon you get you to say, “You.”
A lazy part of us is like a tumbleweed.
It doesn’t move on its own. Sometimes it takes
A lot of Depression to get tumbleweeds moving.
Then they blow across three or four States.
This man told me that things work together.
Bad handwriting sometimes leads to new ideas;
And a careless god—who refuses to let people
Eat from the Tree of Knowledge—can lead
To books, and eventually to us. We write
Poems with lies in them, but they help a little.”
― Robert Bly, Morning Poems

“Whatever you do, you need courage. Whatever course you decide upon, there is always someone to tell you that you are wrong. There are always difficulties arising that tempt you to believe your critics are right. To map out a course of action and follow it to an end requires some of the same courage that a soldier needs. Peace has its victories, but it takes brave men and women to win them.”
― Ralph Waldo Emerson
tags: courage, inspirational
2384 likes
Like

“It is not the length of life, but the depth.”
― Ralph Waldo Emerson
tags: life
2500 likes
Like

“The only person you are destined to become is the person you decide to be.”
― Ralph Waldo Emerson
tags: destiny, self-determination
2451 likes
Like