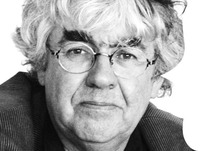 Born
in Vlaardingen, Netherlands
January 01, 1946
Website
http://www.geertmak.nl/
Genre
History, Nonfiction
edit data
Dutch historian mostly known for his documentary series 'In Europa' (In Europe) and book of the same name. Nowadays he gives lectures about the Netherlands in the USA.

Dutch historian mostly known for his documentary series 'In Europa' (In Europe) and book of the same name. Nowadays he gives lectures about the Netherlands in the USA.

“careful reconstruction of the British war-cabinet meetings between Friday, 24 May and Tuesday, 28 May, five days that could have changed the world. Lukac’s conclusion is inescapable: never was Hitler as close to total control over Western Europe as he was during that last week of May 1940. Britain almost presented him with a peace agreement which he would probably have accepted, and only one man was finally able to stand in the way: Churchill. Besides Churchill, the British war cabinet in those days had four other members, at least two of whom could be counted among the ‘appeasers’: Neville Chamberlain and Lord Halifax. The other two, Clement Atlee and Arthur Greenwood (representing Labour), had no experience in government at that time. On”
― Geert Mak, In Europe: Travels Through the Twentieth Century
3 likes
Like

“machines again, and radios, and the latest Chevrolet. General Electric flooded the country with luxury gadgets: food processors, toasters, floor-polishing machines, FM radios, electric blankets, and so on. These were all products promoted by that epitome of the television salesman Ronald Reagan, a popular actor whose work in advertising eventually taught him to sell himself, too. Traditional ideals were put on hold and ‘selling out’ became a catchphrase – you accepted a job that gave you no satisfaction because the pay was good. These were the months and years when British singer Vera Lynn touched American hearts with ‘A kiss won’t mean “Goodbye” but “Hello to love”’. Yes, that’s when it started, with that kiss on Times Square.”
― Geert Mak, In America: Travels with John Steinbeck
2 likes
Like

“These austere lifestyles were accompanied by an ideal of equality. In the first half of the twentieth century, most Americans liked to see themselves as members of a more or less uniform middle class. ‘The rich man smokes the same sort of cigarettes as the poor man, shaves with the same sort of razor, uses the same sort of telephone, vacuum cleaner, radio and TV set,’ Harper’s Magazine wrote with satisfaction in 1947. With this ideal came a sense of proportion; you didn’t always need to”
― Geert Mak, In America: Travels with John Steinbeck
1 likes
Like

Vote for the books we'll be reading in September and October


Doughnut Economics: Seven Ways to Think Like a 21st-Century Economist by Kate Raworth
3 votes, 25.0%
Factfulness: Ten Reasons We're Wrong About the World – and Why Things Are Better Than You Think by Hans Rosling
3 votes, 25.0%
Building State Capability: Evidence, Analysis, Action by Matt Andrews
2 votes, 16.7%
The Power of Habit: Why We Do What We Do in Life and Business Charles Duhigg
1 vote, 8.3%
The Underground Railroad by Colson Whitehead
1 vote, 8.3%
This Changes Everything: Capitalism vs. The Climate by Naomi Klein
1 vote, 8.3%
Niemand zal hier slapen vannacht by Rachida Aziz
1 vote, 8.3%
Religion, Language, and the Human Mind Paul Chilton
0 votes, 0.0%
Homegoing by Yaa Gyasi
0 votes, 0.0%
The Naked Diplomat: Understanding Power and Politics in the Digital Age by Tom Fletcher
0 votes, 0.0%
In Europa by Geert Mak
0 votes, 0.0%
The Best Intentions: Kofi Annan and the UN in the Era of American World Power by James Traub
0 votes, 0.0%
12 total votes
1 comment
Sign in to vote »
More...

Is this you? Let us know. If not, help out and invite Geert to Goodreads.