Discover new books on Goodreads
See if your friends have read any of Debra J. Edwards's books 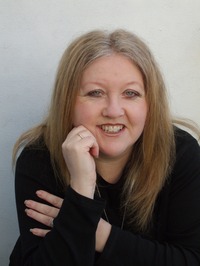 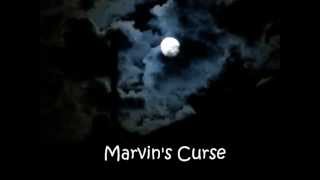 Marvin’s Curse is her fourth novel although the first for YA readers. For this latest book, Marvin’s Curse, she worked under cover as a ghost whisperer in order to bring that something extra to her central character. Debra feels this has paid off well and is now training to be a dragon slayer for her next novel… Debra J Edwards is a full time writer living in Norfolk, UK. She lives in a wooden shack in a disused chalk quarry with her husband.

Marvin’s Curse is her fourth novel although the first for YA readers. For this latest book, Marvin’s Curse, she worked under cover as a ghost whisperer in order to bring that something extra to her central character. Debra feels this has paid off well and is now training to be a dragon slayer for her next novel… ...more

99p today on Kindle. Book three of the trilogy.

Three months ago Aggie Lichen was a normal fifteen year old. She reluctantly went to school, constantly argued with her sister and spent far too much time looking in the mirror! But while other teenagers were out enjoying themselves, Aggie was sneaking into human bedrooms hoping to collect the perfect pilp.
You see Aggie Lichen was no ordinary girl.
Sh Read more of this blog post »
Like  •  0 comments  •  flag

Marvin's Curse (Science Fiction & Fantasy)
1 chapters   —   updated May 13, 2015 06:35PM
Description: How would you handle the dead? After losing his dad, 17 year old Marvin finds he can see and talk to the dead, an inherited 'gift'. Bonus, you might think, but Marvin hates it. It makes him different and he just wants to be 'normal'. He meets Stella in the graveyard that backs onto the house he's just moved into. 'My name is Stella, Stella McCartney. It says so inside my trousers.' (!?!) A mysterious business card reveals that Stella has lost her memories and all signs point to Moghador, a gateway to hell where a pawnbroker holds the answers. And Stella is DEAD! She just doesn't know it... yet!

THE Group for Authors! — 11963 members — last activity 3 hours, 10 min ago
This is a group for authors to discuss their craft, as well as publishing and book marketing.

GOOD REVIEWS — 7867 members — last activity 8 hours, 9 min ago
This Group is only for authors who are looking for reviews and Reviewers who love to read books and share their reviews.

John A. Miller
author of
You'll be...

Tamara Hoffa
author of
Hers to Bear

Hi Ann, Good to meet you too!

It's good to meet you Debra, Thanks for the friend request!

Thanks, Jodie! Good to meet you!

Have a great day!