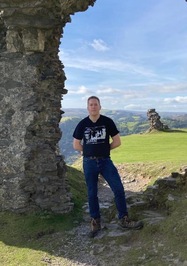 His third thriller, THE PLANT John Paul Davis is the International Bestselling author of eleven thriller novels and four works of historical non-fiction, including The Templar Agenda and The Cortés Trilogy. His websites are www.officiallyjpd.com and www.theunknowntemplar.com.

His debut work, Robin Hood: The Unknown Templar, has been the subject of international attention, including articles in The Sunday Telegraph, The Daily Mail, Yorkshire Post and Nottingham Evening Post, mentions in USA Today and The Independent and reviews in the Birmingham Post and Medieval History Journal. His second work, Pity for the Guy, is the first full length biography of Guy Fawkes and was featured on "The Alan Titchmarsh Show" in November 2011.

His most recent work of non-fiction, A Hidden History of the Tower of London - England's Most Notorious Prisoners, published by Pen&Sword History, was released in the UK on 26 February 2020.

He is currently working on further thrillers and works of non-fiction, due to be released 2020-22.

He was educated at Loughborough University and lives in Warwickshire. ...more


I'm delighted to announce that my latest thriller, The Rosicrucian Prophecy, is now available to purchase on Kindle. The story is Book 2 in the White Hart series, following on from the Crown Jewels Conspiracy. Although a sequel, the books are plot independent and can be read in any order.
Details below. 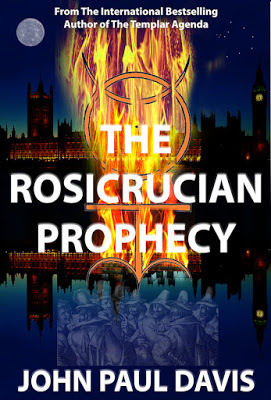 More of John's books…
Quotes by John Paul Davis  (?)
Quotes are added by the Goodreads community and are not verified by Goodreads. (Learn more)
“From the beginning, mankind has been divided into three parts, among men of prayer, men of toil, and men of war. Gerard, Bishop of Cambrai (1012-1051)”
― John Paul Davis, The Templar Agenda
1 likes
Like

“Take my instruction instead of silver, and knowledge rather than choice gold, for wisdom is more precious than rubies, and nothing you desire can compare with her King Solomon ~ Proverbs 8:10-11”
― John Paul Davis, The Larmenius Inheritance
0 likes
Like

“1502: Knight of Christ, Miguel Corte-Real, sets out from Portugal on a secret voyage across the Atlantic. Hidden amongst his cargo is a legendary treasure – its very existence known only to those deemed worthy.”
― John Paul Davis, The Larmenius Inheritance
0 likes
Like

Gae-Lynn Woods
author of
The Devil...

David Leadbeater
author of
The Relic...

Hi, John Paul, thanks for friending me on Goodreads. My new crime novel, Death Comes Calling, is now available from Kindle ebook and paperback form, so please feel free to take a look via the Amazon UK link at the bottom.

A successful career woman is found dead on the floor of her North London kitchen with her throat brutally slashed. Beside the body lies a half-open razor with a single droplet of blood at the tip of an otherwise pristine blade.

However, the forensics prove this razor can’t be the murder weapon, and when another successful career woman is found murdered a few days later, again in her kitchen, again with her throat cut and again with a blood-tipped half-open razor placed beside her body, Detective Chief Inspector John Gore of the Metropolitan Police fears he has a potential serial killer on his hands.

As the body count rises the pressure is mounting on Gore to quickly find and stop the killer.

Meanwhile someone is sending him taunting notes, each headed, Death Comes Calling, and Gore begins to realise the killer is playing mind games not just with the police, but with him personally. The question is…why?

Great to be friends here too! Have fun with it.