,
Discover new books on Goodreads
See if your friends have read any of John Cornwell's books 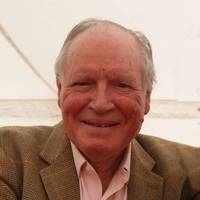 · 2,956 ratings · 359 reviews · 49 distinct works • Similar authors
More books by John Cornwell…
Quotes by John Cornwell  (?)
Quotes are added by the Goodreads community and are not verified by Goodreads. (Learn more)
“the seventeenth-century saint, Margaret Marie Alacoque, a French nun of Parayle-Monial, who founded the devotion to the Sacred Heart of Jesus. Margaret would deliberately eat cheese knowing that it made her vomit, and by her own admission she ate the vomit of sister nuns.”
― John Cornwell, The Dark Box: A Secret History of Confession
0 likes
Like

“The borderless economy in which money, technology, industry and goods move without hindrance throughout the world promises a future in which every home, in the words of Alvin Toffler, will become an ‘electronic cottage’. But globalization also has its losers, its economic have-nots, destined to be tranquillized by digitized trivial entertainment or to nourish hatreds that threaten to break out in violence.”
― John Cornwell, Hitler's Scientists: Science, War, and the Devil's Pact
0 likes
Like

“Those familiar with Kasper’s views back in the mid-1990s noted that he was a champion of special “adaptations” to local circumstances: economy.”
― John Cornwell, Church, Interrupted: Havoc Hope: The Tender Revolt of Pope Francis
0 likes
Like