Discover new books on Goodreads
See if your friends have read any of Charles C. Johnson's books 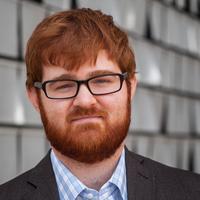 His work has been featured on Real Clear Politics, the Drudge Report, Hotair.com, The Blaze, Breitbart.com, Rush Charles C. Johnson is an independent investigative journalist, author, and new media entrepreneur. He is founder of Gotnews.com, a website dedicated to independent research and news.

To date, he is the only person to have won both the Robert F. Bartley Fellowship and the Eric Breindel Collegiate Journalism Award, which came with a $10,000 prize and an internship at The Wall Street Journal after he exposed a pro-Hezbollah, pro-Hamas professor at his alma mater. He has also won the Robert F. Novak Special Alumni Fellowship from the Phillips Foundation and the Publius Fellowship at the Claremont Institute.

Charles has worked for Alan M. Dershowitz at Harvard Law School, Seth Lipsky at The New York Sun, Carl Schramm at the Kauffman Foundation, and Charles Kesler at The Claremont Review of Books.

Fluent in French and proficient in Spanish, Charles lives in California with his wife. ...more

“Coolidge noted, they preserved “teaching,” which after all amounted to “leading,” and had given it the “same safeguards and guaranties as freedom and equality.” The state’s constitution had insisted, he pointed out, that “wisdom and knowledge, as well as virtue, diffused generally among the body of the people, are necessary for the preservation of their rights and liberties.”46 In those “days of reverence and of applied reverence,” the alumni of Harvard – John Adams and Bowdoin chief among them – “knew that freedom was the fruit of knowledge”
― Charles C. Johnson, Why Coolidge Matters: Leadership Lessons from America's Most Underrated President
1 likes
Like

“We live under a system of individual freedom and self-government,” Coolidge reassured his readers, “where each individual is entitled to the rewards of his own foresight and industry and is charged with his own support.”
― Charles C. Johnson, Why Coolidge Matters: Leadership Lessons from America's Most Underrated President
1 likes
Like

“We build our character largely by meeting our obligations to others,” he noted. “We all live in the same world. We are bound to a common destiny through a common brotherhood. The path to glory does not lie in a sordid individualism, a perverted independence, or a narrow nationalism. It lies toward the Golden Rule.”
― Charles C. Johnson, Why Coolidge Matters: Leadership Lessons from America's Most Underrated President
1 likes
Like