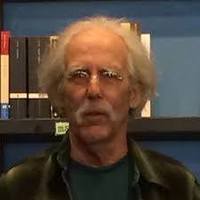 Can you tell us a two-sentence horror story?
James Dorr How about a two-line poem?

Parasite: An Oscar “Best Picture” In Black And White?

You don’t get many movies at the IU Cinema that are announced as sold out only days after first being announced, but this was an exception. The Korean “Best Picture” Oscar winner, PARASITE, but with an added twist. This would be the black and white version.

Why black and white? As noted by HOLLYWOODREPORTER.COM, Director Bong Joon Ho has suggested, first, that movie classics we remember, the NOS...

James Dorr
author of
The Tears...